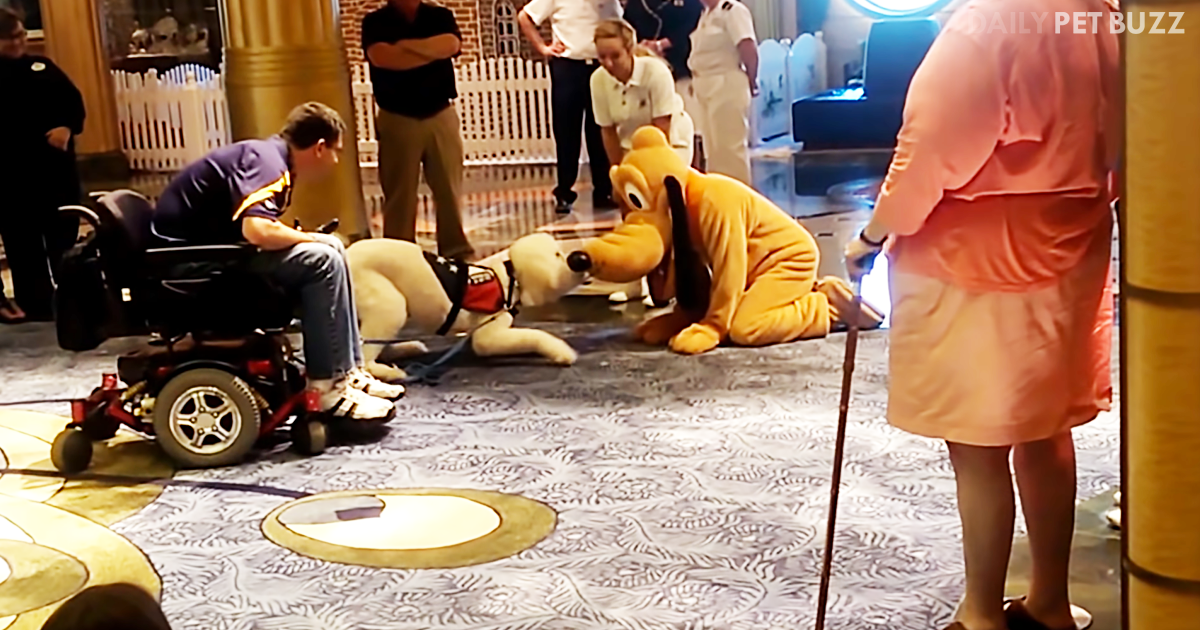 Can you imagine meeting your idol? I once got to meet Pink Floyd drummer Nick Mason at a book signing, and I, to this day, can’t remember what I said. He was very gracious and just smiled at my likely gibberish. He may have just been being typically British polite. But what would you do if you were a dog and saw a giant version of Pluto (the character, not the ex-planet) right in front of you on a Disney cruise? This video shows that result.

First, we see this service dog going bonkers over Pluto. He doesn’t know what to make of this, but he’s very excited. His daddy, who is wheelchair-bound, is thrilled to see his pooch having a blast. Then again, Disney cruises are supposed to be fun for EVERYONE. Why wouldn’t a dog be included?

Later on, we see a view from a balcony above the scene. It’s clear that everyone is smitten watching this. The person who is playing Pluto – sorry, hate to burst your bubble there – clearly has experience with dogs. They don’t move too fast, they get down low and show that they are submissive to the pooch, so as to not accidentally make him or her aggressive. When the mascot extends their hand, er paw, it’s done very slowly. The service dog doesn’t care in the end; he’s in heaven.

There are those who think that service dogs must remain robotic and just remain vigilant while watching the person who is under their care. While it’s true that it’s not the best idea to come running up to one when it’s, say, helping someone cross the street, these are dogs that can act like a regular dog at the right moment. His daddy clearly told him that it was OK to play with ‘Pluto’ on the ship. Check out this gorgeous Goldendoodle meeting Pluto in the video below. 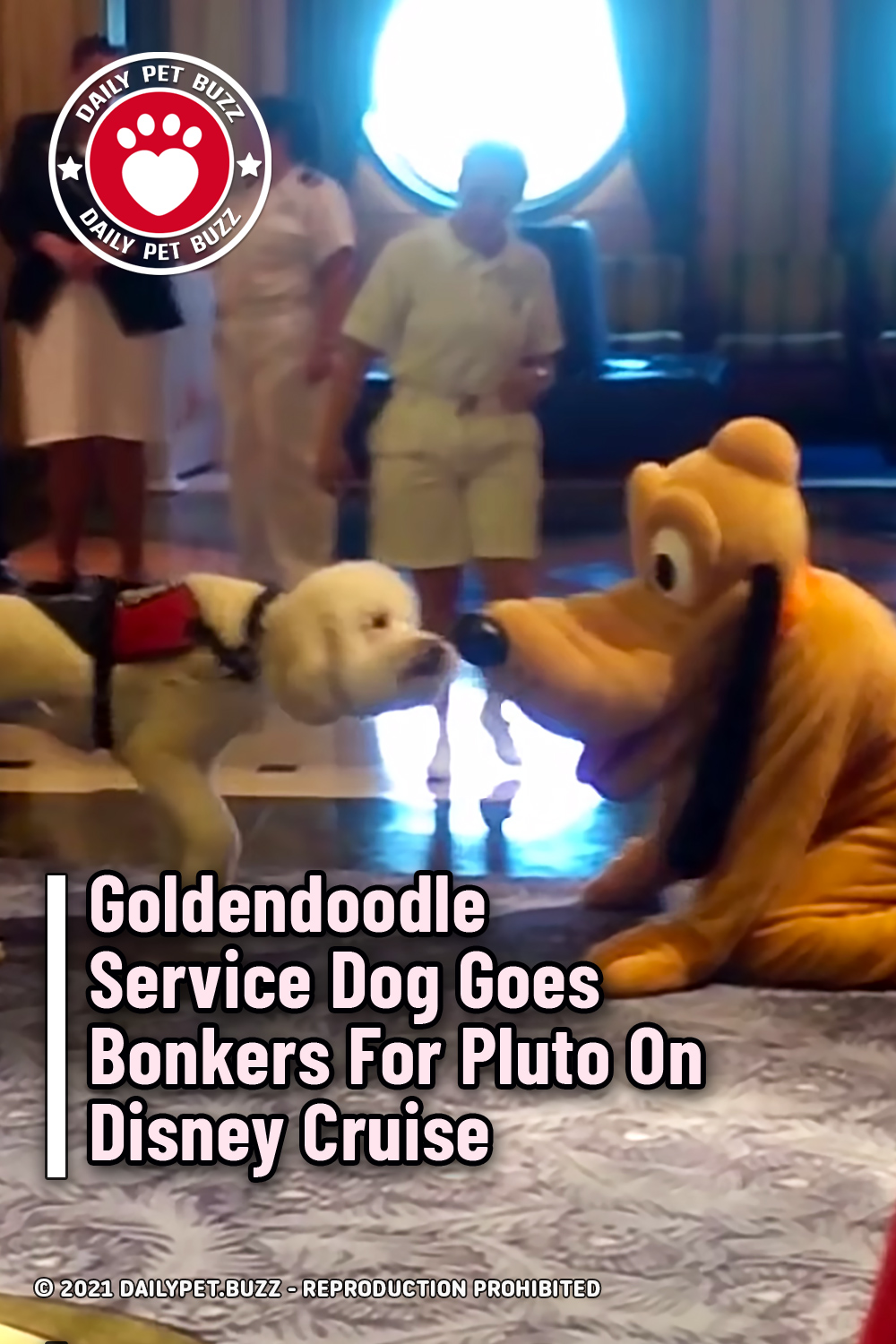