I love videos where other animals adopt the young of a different species. Like this video of a dog who is acting as a surrogate father to these three kittens. He’s got three typical mortal enemies in his presence and he’s being so cool about helping to raise them. This is a big dog too, he could probably swallow each of them whole. That is definitely not going to happen on this fella’s watch.

The video is shot at floor level. We see a Golden Retriever named Murkin sleeping on the floor with three kittens. Well, two of the kittens are asleep, but there’s one on his left that wakes up and decides to groom himself. While using Murkin as a support stand to do said grooming. He’s licking his leg while resting it on the pooch’s muzzle. Murkin is not fazed in the least by this use of his face. He goes right back to sleep.

Murkin has the patience of a saint. He’s clearly smitten with the kittens and doesn’t want to do anything to upset them while the majority of them sleep. He even tolerates the orange one treating him like a toy. All he wants to do is sleep himself, and dogs can will themselves to sleep in some of the weirdest situations. For him, it’s all out of love for these new charges that are in his life.

What made me laugh out loud was the end of the video. The orange kitten decides to climb to the other side of Murkin and go to sleep – but not before plopping his butt on his already-sleeping brother’s head. It’s hilarious to watch. Kittens – mischievous even when they just want to go to sleep. The other kitten doesn’t seem to bothered by it. He’ll probably get his revenge when they all get older.

I can’t decide who is the cutest of the kittens. I’m leaning towards the orange one. How about you? Tell us your pick in the comments section below! 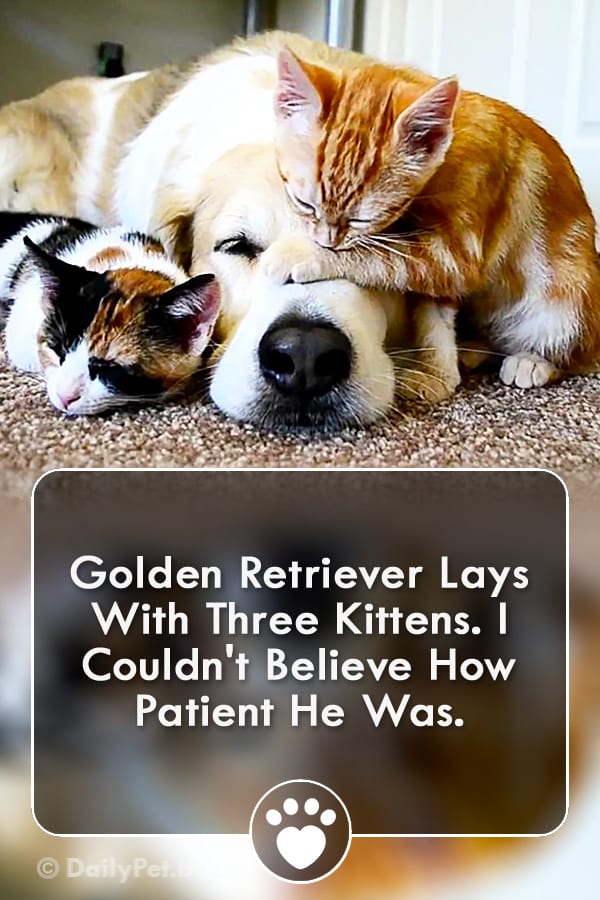