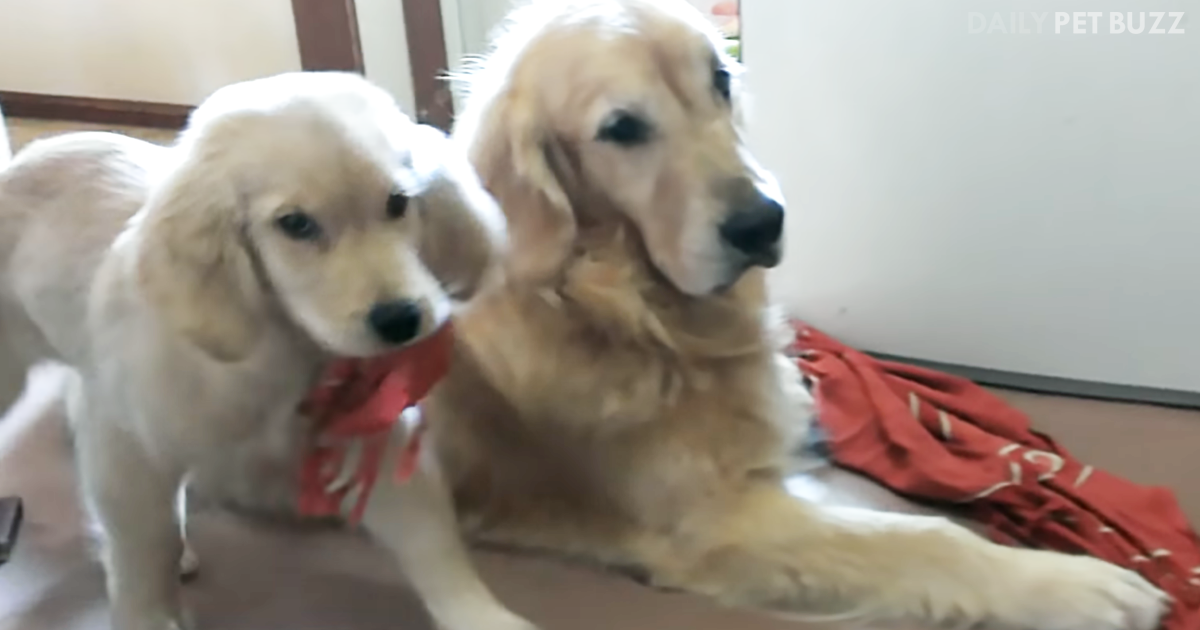 It’s hard to get babies of any species to go to sleep when they have a lot of energy. Puppies, kittens, human babies – when they are wired, it’s exhausting even to watch them in action. A father dog has to be pondering the same thing as he watches his puppy son in this video.

We see a golden retriever puppy running around a fenced-off area. His parents want him to rest, but he’s still got some energy left. His doggie daddy is in there with him, and he’s trying to show him that resting’s good by just lying there. The little pup finds a blanket and starts dragging it back and forth in the room, and he even starts circling his dad with it – and then things get weird.

The final part of the video, when the puppy starts wrapping it around his dad’s eyes, gave me flashbacks to the U2 video, ‘Numb’ where the Edge lets Bono and other people wrap things around his head while he sings. It was the 1990’s -a very weird time. There was the same kind of imagery here, and the father’s quiet reactions evoked the same thing there. He’s feeling numb about his kid running around with the blanket and wrapping it around him.

Finally, his dad just lays his head on the ground like, ‘When is he gonna sleep? I’m tired of this blanket already. I’ve been a good sport about it, but if he drags it across me ONE MORE TIME, I’m gonna chew that thing to shreds and bury all the scraps.’ Or he could just be wanting to go to sleep, period. I hope that the pup eventually goes to sleep soon after the video ends. He probably tired himself out. Don’t miss this bundle of energetic cuteness in the video below. 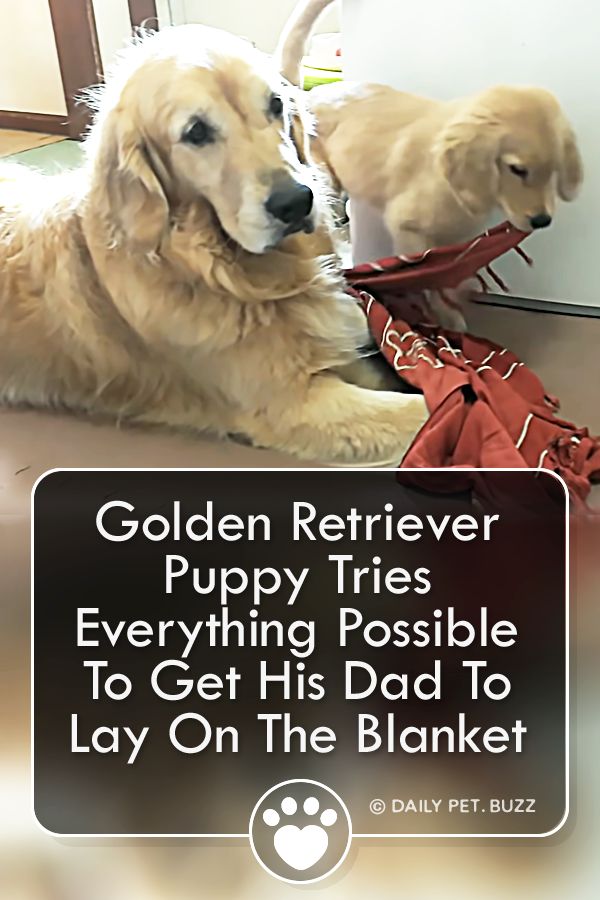