When the Esau family adopted little Pippin back in 2014, they knew that they were doing the right thing for the puppy. Abandoned at a shelter, the family rescued her, gave her a home, and quickly fell in love with their new family member.

But shortly after adopting the Australian Shepherd mix, tragedy struck. Just days before Christmas last year, someone stole Pippin from the parking lot of a local grocery store, much like the criminals who broke into a house and stole a sweet pit bull puppy.

Cara Esau and her two sons, Aaron, 13, and Timothy, 11, were devastated. They put up lost dog signs online and in their neighborhood, but after more than a year, they gave up hope of ever seeing their beloved pup again.

Then, police unexpectedly got a break in the dognapping case, when a local tipster gave them a hint about where the pup could be found. They showed up at the home of Penelope Whipple, a repeat offender, and discovered a dog matching Pippin’s description. Then, as authorities did when this long-lost cat showed up at a local shelter, they checked the pup’s microchip, and determined that they had indeed found the Esau’s missing pooch.

Before long, they were able to bring the dog home to her family, where she showered her boys and their mom with kisses, and demonstrated just how happy she was to be home for the holidays!  Check out the touching video above! 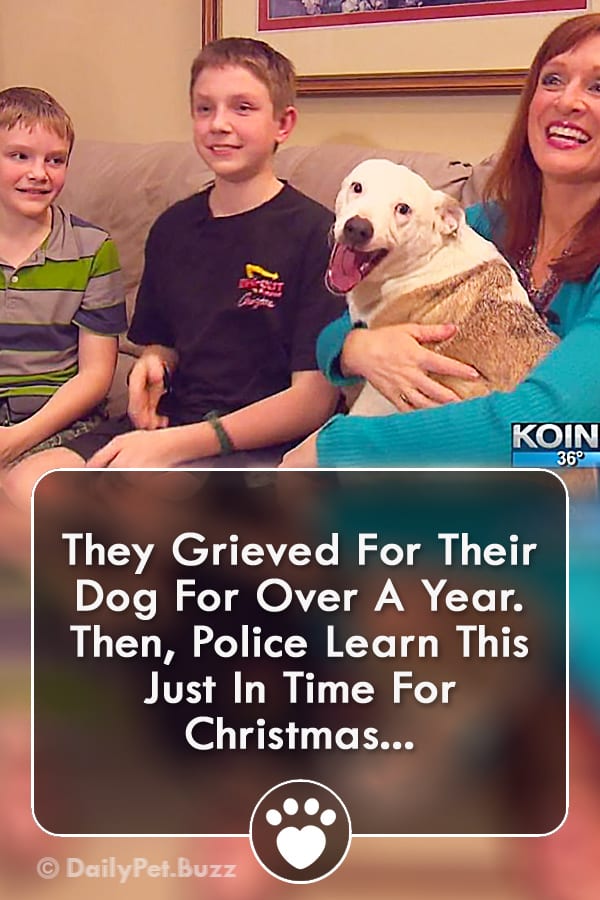