Service dogs are amazing. They can do everything from helping someone cross the street to alerting them that they are about to have a seizure. Not only that, they act as companions for them, since they usually live alone. It’s just a comforting thing, knowing that there is another living, breathing presence with you that will be able to help. Clare Syversten, the woman we see in this video, knows that more than anyone.

Syversten, who is from England, has a rare condition known as Ehlers Danlos Syndrome. It makes her extra flexible, which means that her bones can easily dislocate themselves. It made living quite tough. Enter Griffin, a Golden Retriever, who can aid her in so many areas of her everyday life. He does things like bringing her the phone if it rings to putting clothes in the washer to grabbing things off shelves while she shops.

Griffin is such an integral part of Syversten’s life. She’s wheelchair-bound, and his help is invaluable. He’s so eager to please her – having a human aide can mean possible annoyance at having to do certain things. Yes, that’s a knock on the human condition. This dog does everything cheerfully. It’s not like he’s sitting there thinking, ‘I don’t get paid enough treats to do this – I’m going to hold out for more.’

I’m sure that this pooch got a lot of training beforehand. It’s not like someone just brought him over and let him learn on the job. It was actually a charity called Canine Partners that united them. Syversten and Griffin have been a pair now for two years. It’s hard to imagine being 26 years old like she is and knowing that she’s in for a lifetime of hardship. Griffin makes it so much more bearable.

Weren’t these two amazing? Griffin is such a sweetie. What did you think? Please leave a comment below! 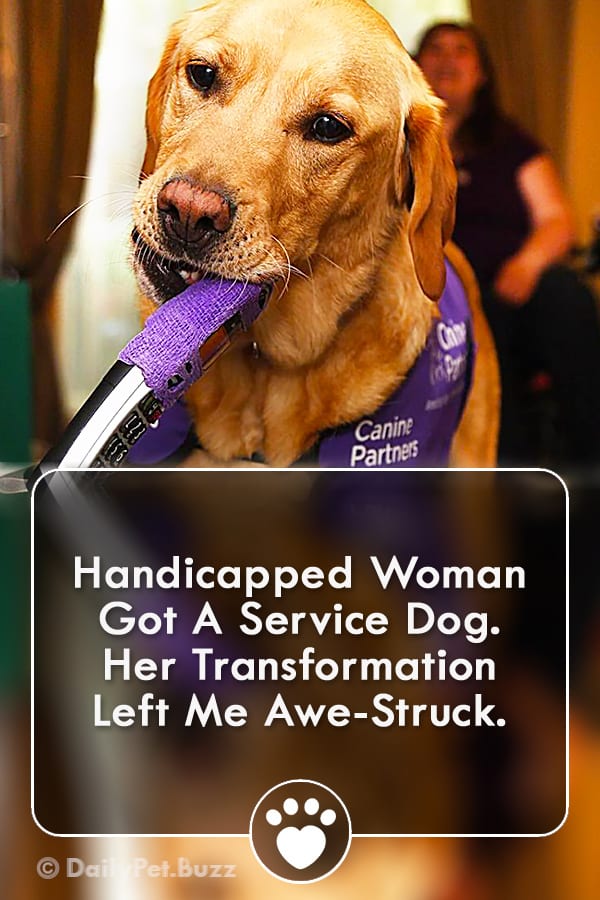