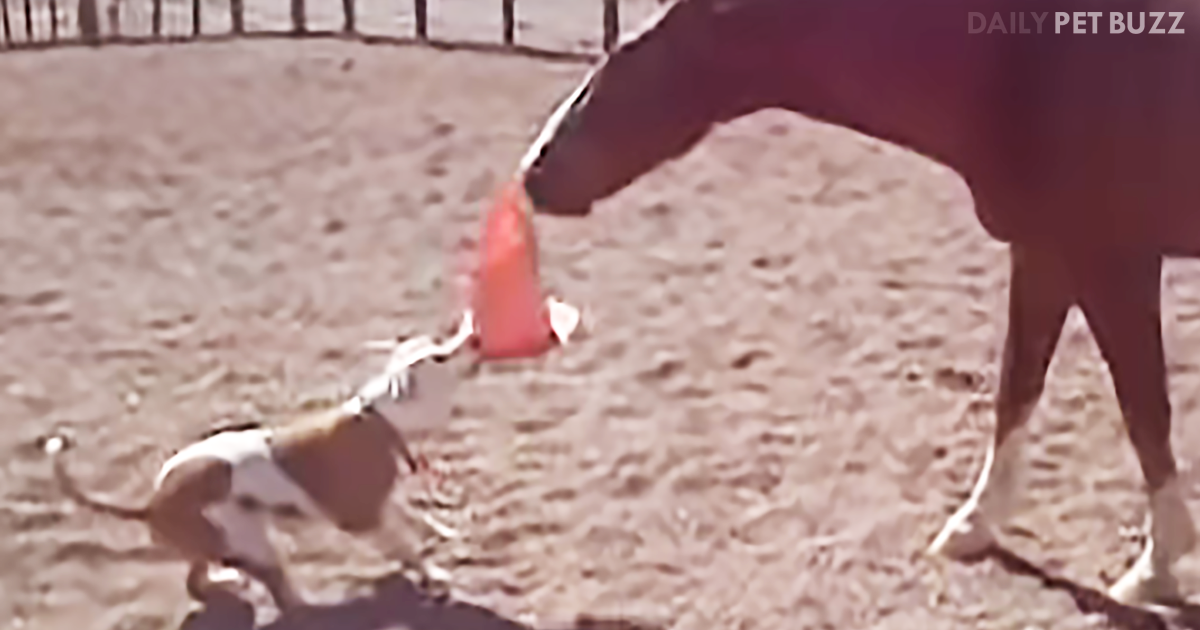 There are plenty of things that we could learn and take from the animal kingdom. Some of them can be the friendliest creatures you can find, while others are fierce and deadly. You’ve probably seen many videos of animals of different species being in unexpected but adorable friendships, and why wouldn’t you? They are as heartwarming as can be.

If you don’t believe this amazing phenomenon, don’t worry, we have another video of this kind today, to show and prove it to you. What we see in the clip is truly remarkable: a small Pitbull dog, called Jasmine, is playing around and running towards a very particular friend, a huge Mustang mix-breed horse, who himself is much larger than the dog in question.

Mister, as the horse is called, isn’t bothered at all by the affection given to him by this furry friend, and he even starts playing with the dog as if he was a huge dog himself. Their match is kinda rough, but thankfully they get along well enough that it doesn’t matter.

Watch the video below here. You won’t regret watching these two furry friends playing tug-of-war with a traffic cone. They are both so stubborn, and you may find yourself surprised when you see who ‘wins.’ 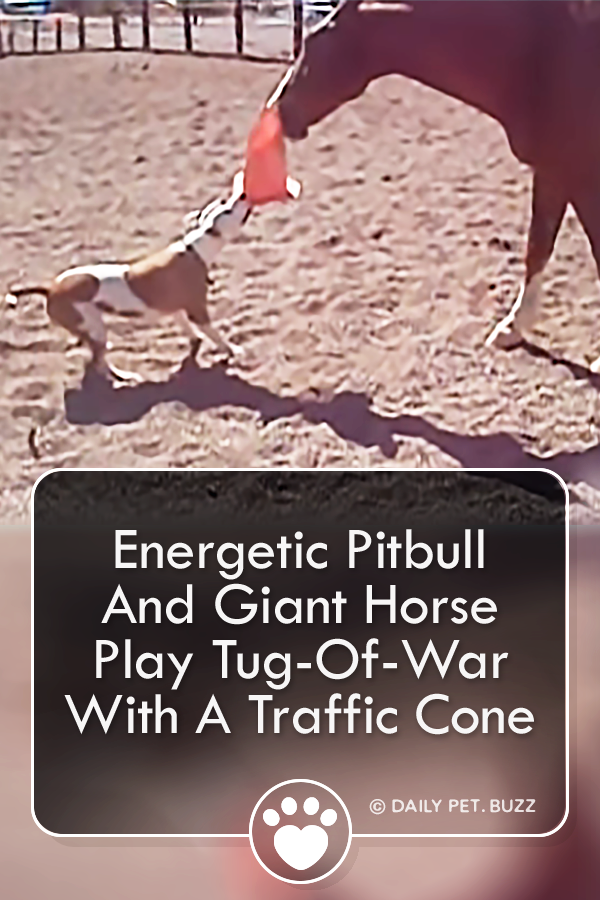