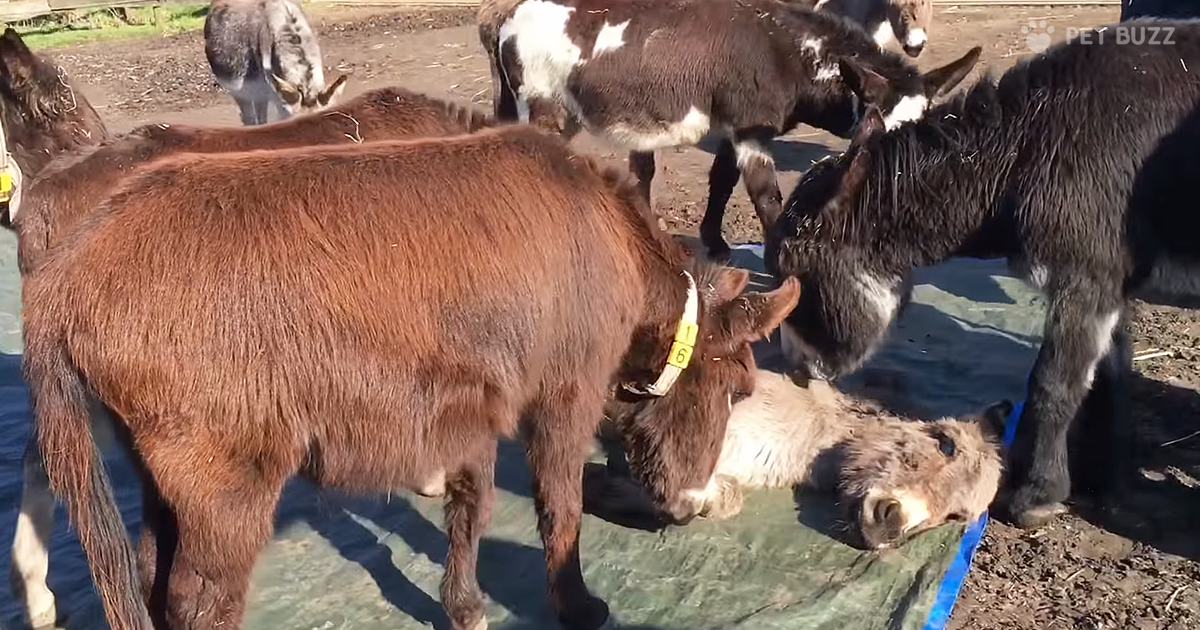 Most people have a misconception that animals don’t really have feelings and don’t sense loss as we do. But these people couldn’t be more wrong. Animals have emotions and feelings just like we humans do. They can feel happiness, anger, and jealousy just like us. And as this video shows, they also know sadness and pain. You are going to be in tears when you see this touching video for yourself.

This clip shows a herd of donkeys from a farm. They just lost one of their own and their reactions are heartbreaking, to say the least. Bram the donkey passed away before his time, and all the donkeys got together to give him an emotional goodbye.

According to the video description, the dark donkey was Bram’s best friend. In his panic, he stumbled over Bram’s neck trying to get him up.  He didn’t leave his friend’s side during the enter video. Even though donkeys are pack animals, they usually have a special friend within the pack. The leader of the herd even bit Bram in his belly to try to wake him, even though he already understands what has happened.

The sounds they make are so mournful and almost like a human crying. All of the donkeys are upset, and you can see one of the donkey’s humans crying in the background. It is so sad but very touching to see how they all gather around him like they are saying goodbye. Watch this moving video below. 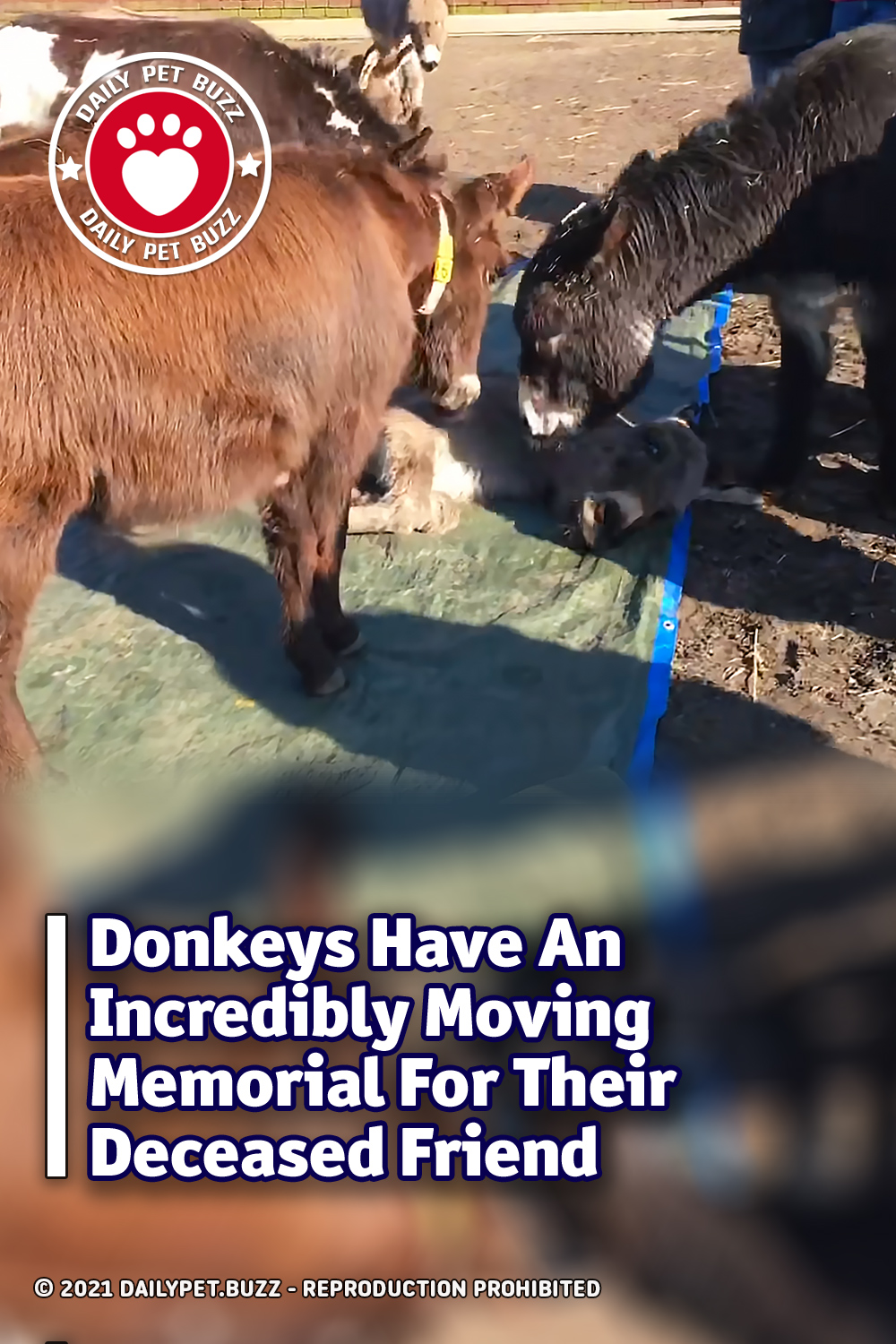