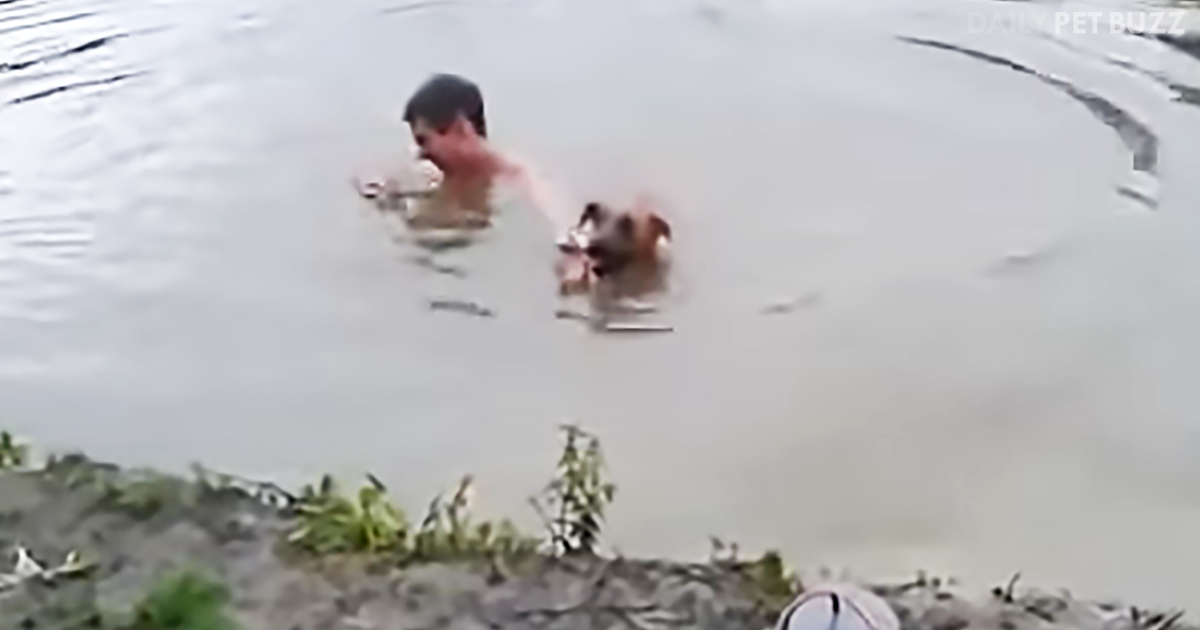 Animals are amazingly loyal to their families. There are stories about police dogs who have leaped into the line of fire, taking a bullet for their partners. Dogs – and sometimes cats – have gone to extraordinary lengths to save their mommies, daddies, and even brothers and sisters from truly dangerous situations. This one here is more of a setup than anything else, but it’s still amazing to watch.

We see a dog, possibly a Rhodesian Ridgeback, lying near a pond. His daddy is in the water. With a smile on his face, the daddy submerges himself underwater. The dog looks on at the surface of the water, alarmed. His daddy’s gone. He seems to count to three in his head, and then he bounds into the water, gently grabbing his daddy’s hand as he pulls him towards the shore.

The really amusing part of the video, aside from the dog’s dragging his buddy along the water by his hand, is that when he first dives in the water, he bonks the guy on the head with his head. Fortunately, he doesn’t knock him out, but you can see the guy rubbing his head as they start making their way to the shore.

They finally get to land, and his daddy has to show him that he’s fine before he is ready to go back to relaxing. This was obviously a setup to show that this pooch is really good at rescuing people. The instant the timer went off in his head as to when a person should surface from the water, he was off, and leaping in the water as a lifeguard would. There was zero hesitation on his part and had it been a real emergency, it would have been an amazing rescue effort. 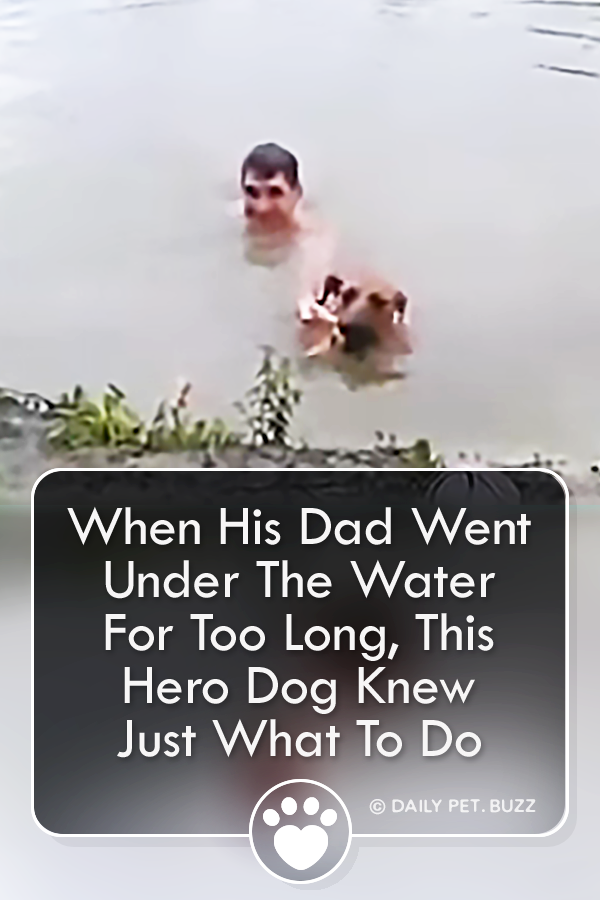