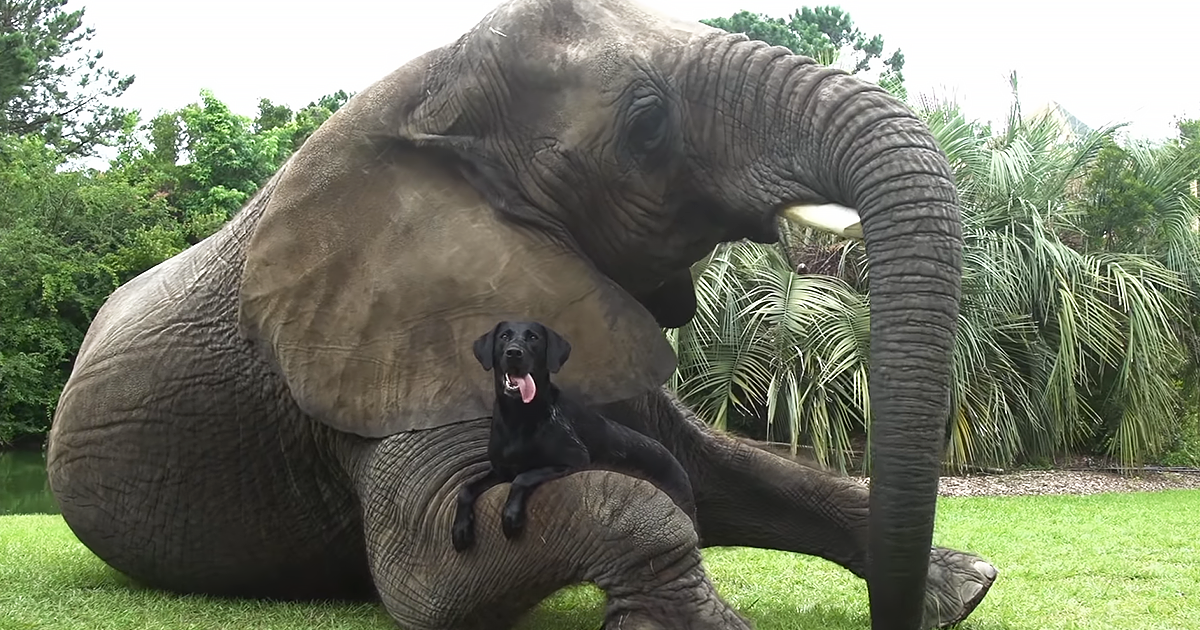 Bubbles the elephant had a tough start in life. In 1981, almost all her family was killed for ivory by cruel poachers. Bubbles was one of the few who survived the massacre.

Thankfully, she was later adopted by Myrtle Beach Safari in the year 1983. She grew up to be over 9000 pounds over the years. This adorable elephant also developed a passion for water and swimming. All elephants love the water, but Bubbles seemed to particularly enjoy it.

That was how she met Bella the Labrador, who quickly became her best friend. The poor pooch was deserted as a puppy by her owner, who was also the contractor who built Bubbles’ swimming area at the safari enclosure. Originally they were not going to allow Bella in the enclosure, but it was too late. She and Bubbles had already bonded and there was no separating them.

So now, when people go ‘on safari’ at the park, they see a black Labrador with her best friend, the elephant. These two animals became instant friends because both of them were a big fan of swimming. Bubbles is really calm when she is involved with her doggie friend, and Bella loves spending time with her too.

These two are showing off in the water in this next clip, and you won’t believe how they interact with each other. It’s incredibly heartwarming. 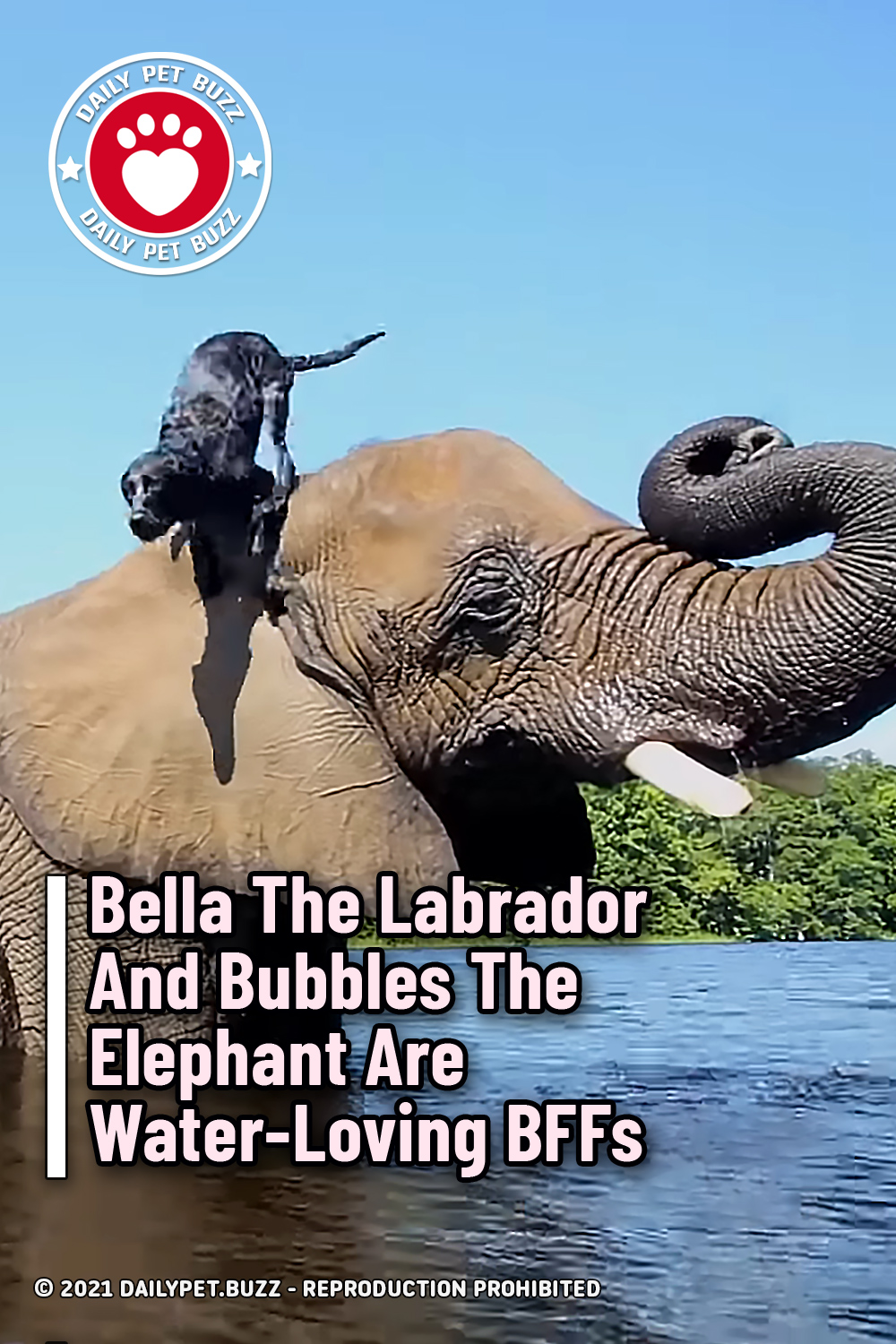