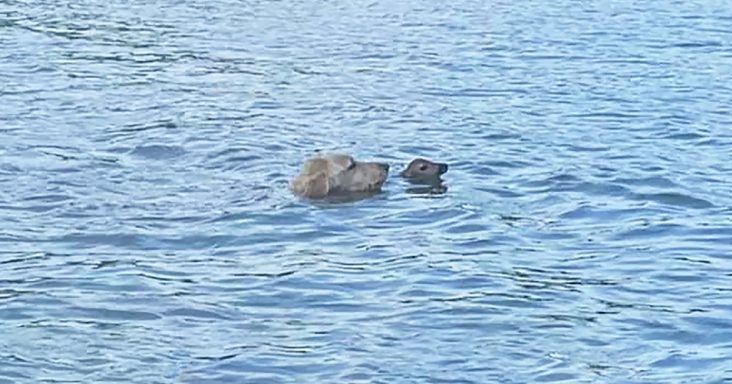 Retired Marine Corps pilot, Ralph Dorn, watched in amazement as his Goldendoodle, Harley, saved a drowning fawn. One morning Ralph had no idea where Harley had gone off to.

Once Ralph looks outside and in the lake, he finally spots his dog. But Harley isn’t alone; he is paddling in the water next to a baby deer. Ralph has no clue how or why the fawn was in the water in the first place.

Harley had noticed the creature in dire need and decided to swim out and guide him back to shore. When Harley and the deer finally arrive on dry land, Harley doesn’t leave the baby alone.

Ralph was incredibly proud of his heroic dog, and even then, Harley wasn’t finished. Harley stayed near the fawn and kept licking him until the mother returned for him.

Harley’s heroism didn’t surprise Ralph. He has been a loving dog ever since he was a puppy. Harley is a therapy dog who has worked with children and the elderly, and he has always been caring to all creatures.

Though Ralph was surprised the very next day. Ralph noticed Harley running from window to window, and he heard the fawn bleating from outside.

After Ralph opened the door, Harley darted out and met the baby deer. The fawn and Harley touched noses, and it seemed he was thanking him for saving his life. It was a brief reunion, and the fawn left with his mother. 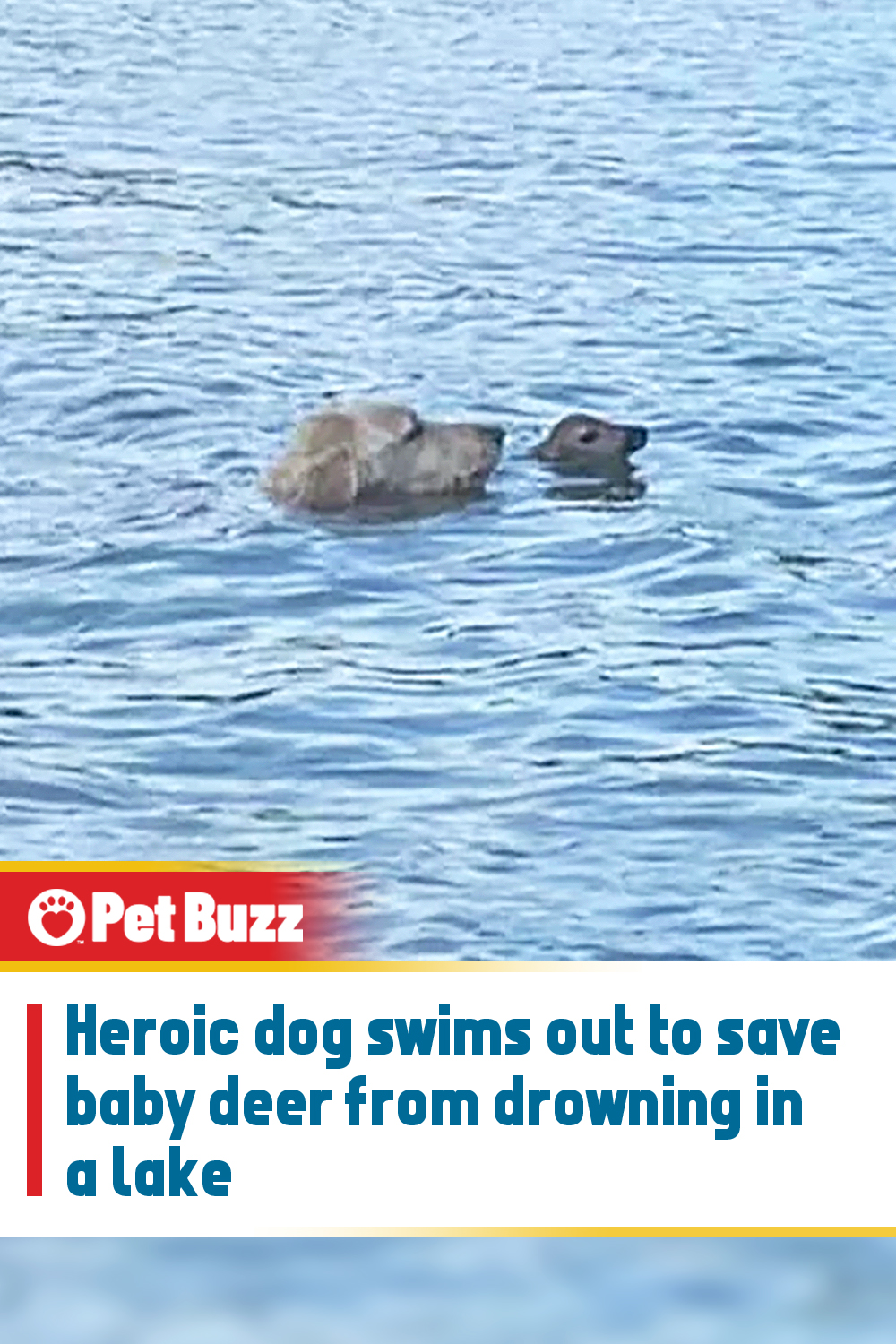