If you’re a lucky pet parent yourself, you’ve no doubt witnessed how dogs eventually behave when they’ve become accustomed to a warm and comfortable home. They know no boundaries, and they will not hesitate when they see a tasty snack that they would like to eat themselves! The man in the video that we brought to show you below learned this the hard way, and the result is hilarious!

He’s a proud dad to a beautiful Great Dane called Dinky, who loves to eat human made sandwiches just as much as you can imagine. Ron Cameron was trying to eat his snack in peace, but when Dinky got in the room and saw the size of that thing, he couldn’t resist trying to take a bite of his own! He shows a lot of enthusiasm to Ron, and it’s obvious that he’s dying to have some of it too.

Dinky starts throwing a hissy fit and loudly begging for a piece of the sandwich, and that’s when his brother Romeo took the chance and approached Ron in a totally different way. He does the cutest puppy eyes you could ever picture, and he looks so adorable, he finally convinced Ron to give both of them some of the snack. Romeo saves the day this time!

Watch this incredible doggy moment, above! 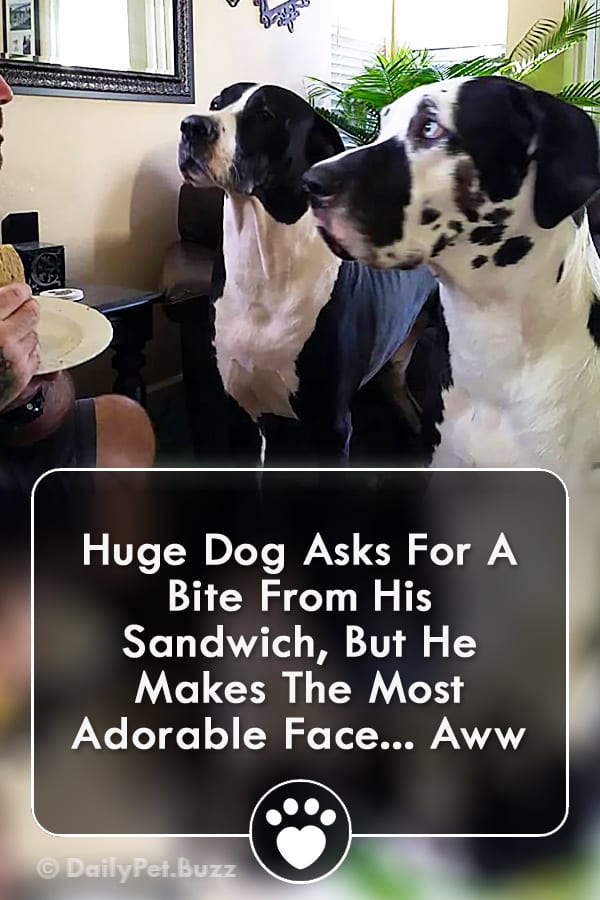