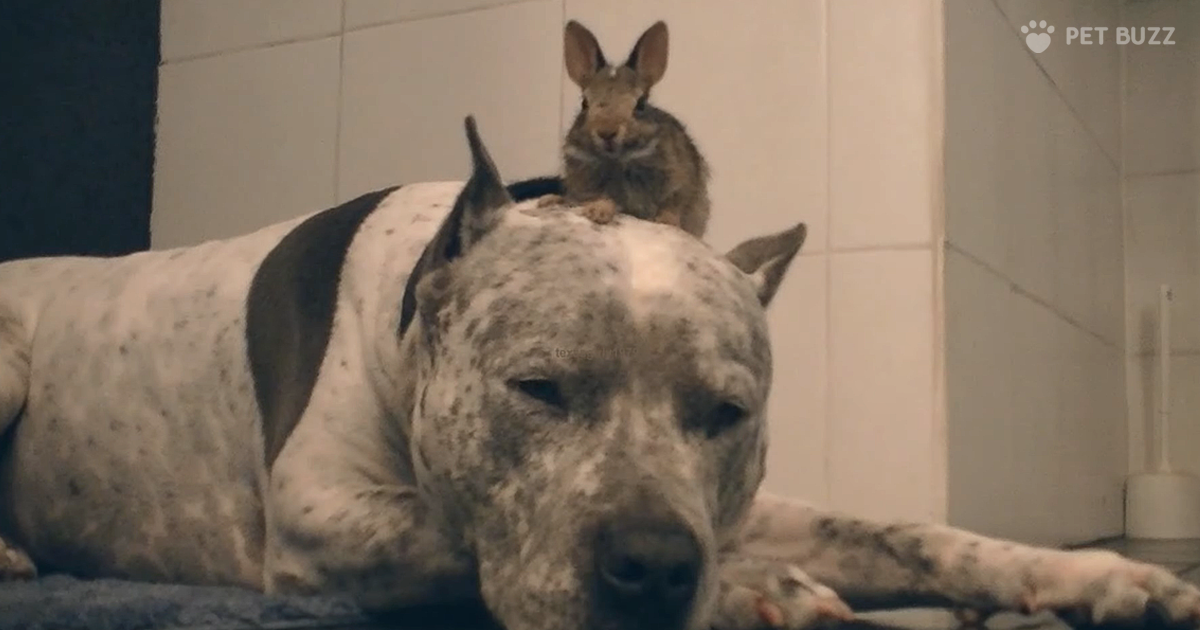 Pitbulls get a bad reputation from people all over the world, particularly in America. There are countless news stories focusing on how deadly and dangerous these dogs are; not often do you hear that a dog is only as good as their owner, and it’s not the Pitbull’s fault that they’re strong and big, and thus taken advantage of by horrible people who train them in the worst of ways.

For anyone who thinks that Pitbulls are vicious bad guys, you might just want to show them this adorable video featuring Sharky, the Pitbull who is only capable of love. Sharky is well known for his love of tiny and fluffy little animals, and as you watch this video, you’ll easily agree that these ‘vicious’ animals are obviously just animals who want to be loved and given affection.

Sharky is a very loving dog, and after a long day of playing and giving kisses, he likes to take a bit of a nap. But somehow, his best friend, a tiny baby bunny, got on top of his head so she could get a better view.

Sharky is so loving that he doesn’t seem to mind in the least; while some people think that Sharky would attack the bunny, it’s pretty obvious that he has a warm and loving heart, and that his best friend isn’t worried in the least. 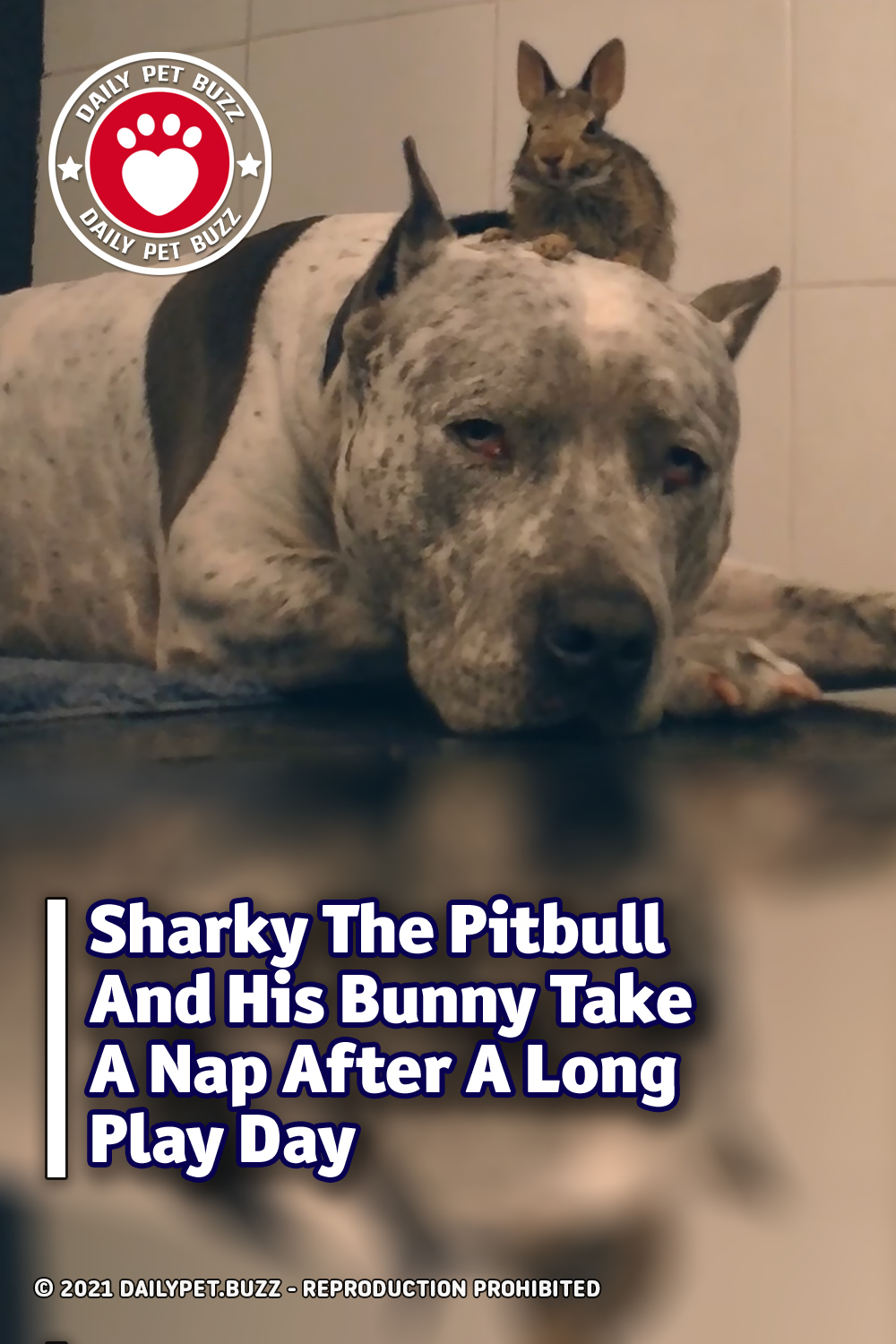