Sibling rivalry is something that spans all kinds of species, not just humans. One will become jealous of something the other has, be it food, a toy, or even a mate. They will compete against each other in one form or another, and the victor usually gets the spoils, whatever they may be. Yes, they may love each other, but once one of them sets their sights on what the other has, it’s quite the battle. Like the canines that are the star of this video.

We see two huskie puppies sitting next to an orange chew toy. Both of them decide that they want the toy. One of them play-bites the other to show that he wants it. The game is on and the brothers start wrestling with each other, with the prize presumably being the chew toy. This is the beginning of a lifetime of sibling rivalry, I’m sure. Both of them are quite intent on getting the toy.

For a little bit there are four puppies all converging on the toy. It’s like the ‘Royal Rumble’ wrestling tournament. Then just as quickly, two of them lose interest and wander off to look for other stuff while the original two continue their rough-and-tumble competition to see who winds up with the toy and who has to sit and watch. They better hurry, though, since a parental unit might see this. Oops. Too late.

The video ends predictably for anyone who is a parent ” the puppies fight for the toy for as long as possible and then mommy ambles over and takes the toy away. She probably said in dog language: ‘If you can’t behave with this, then NO ONE can have it.’ To rub it in even more, she might have opted to play with it herself while the puppies looked on sadly. Maybe next time they will learn to share with each other.

I thought these dogs were adorable, even if they were fighting with each other. Have you had any pets with sibling rivalries? We’d love to hear about it in the comments section! 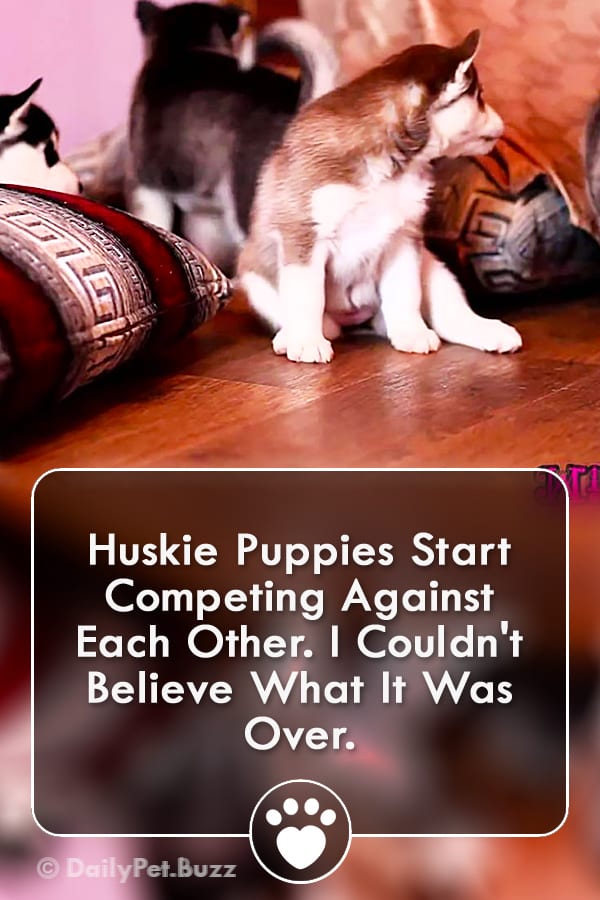