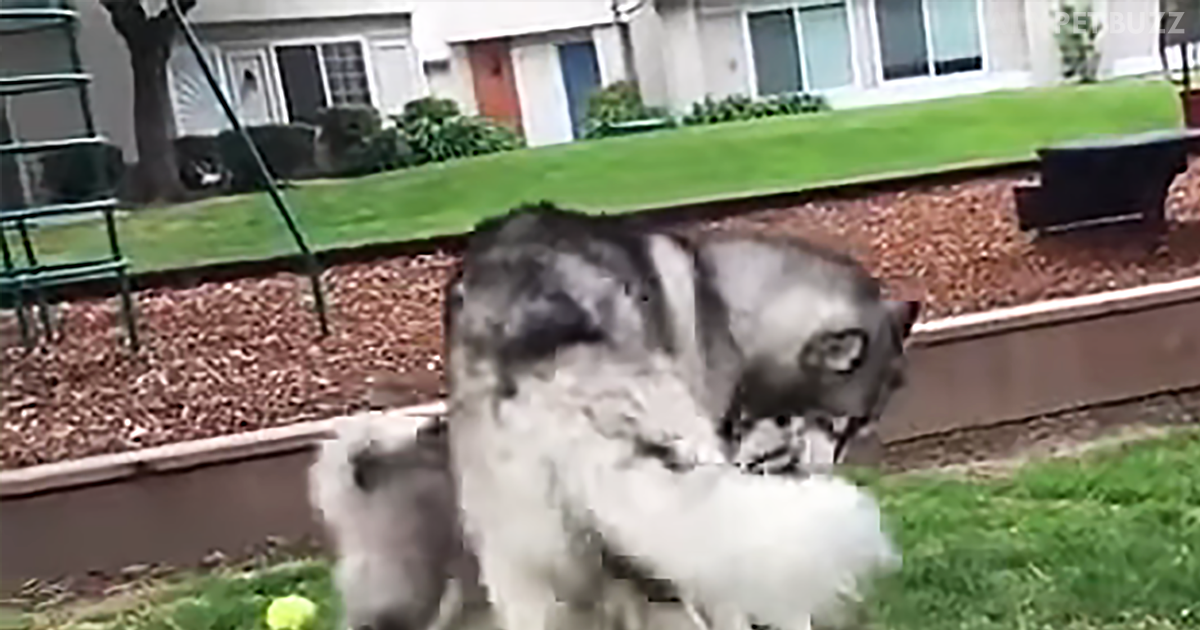 In nearly every species, father-son bonding time is extremely important. While the strongest ties tend to be with the mother since the child has spent a long time in her womb, having a strong father figure is also vital. Of course, I say ‘nearly,’ since there are some animals who abandon their children even before they are born – like sea turtles, for example. This is not the case in this video, though.

We see a husky playing with his puppy son. He’s towering over him and has his body tangled with his for a bit – they spin around while standing up for quite a bit before disentangling and running around with each other. Both of them seem to be having a blast.

The pup is at the stage where he’s not a tiny pup anymore, but he’s also not big enough to pose a challenge to daddy. That’s not always going to be the case. This husky is letting his son know that even though they are playing, he’s bigger than him and will beat him at any game. That’s going to be the case for the near future, but that won’t always happen. He’s trying to teach him some lessons – or he could just be silly and is enjoying his time with his son. I’m not so sure that psychological lessons are at the forefront of a dog’s mind – though I could be wrong.

This reminds me of every parent when they play with their children. There’s a time when they can beat them at any game, even when they use a fraction of their skills. As the child gets older, the parent will have to up their effort. Then there will come the day when the child surpasses the parent – and the parent then stomps off into the house — no, just kidding. The parent will congratulate the child – give them a hug – and then secretly cry in the bedroom. Check out this great video of father-son time below. 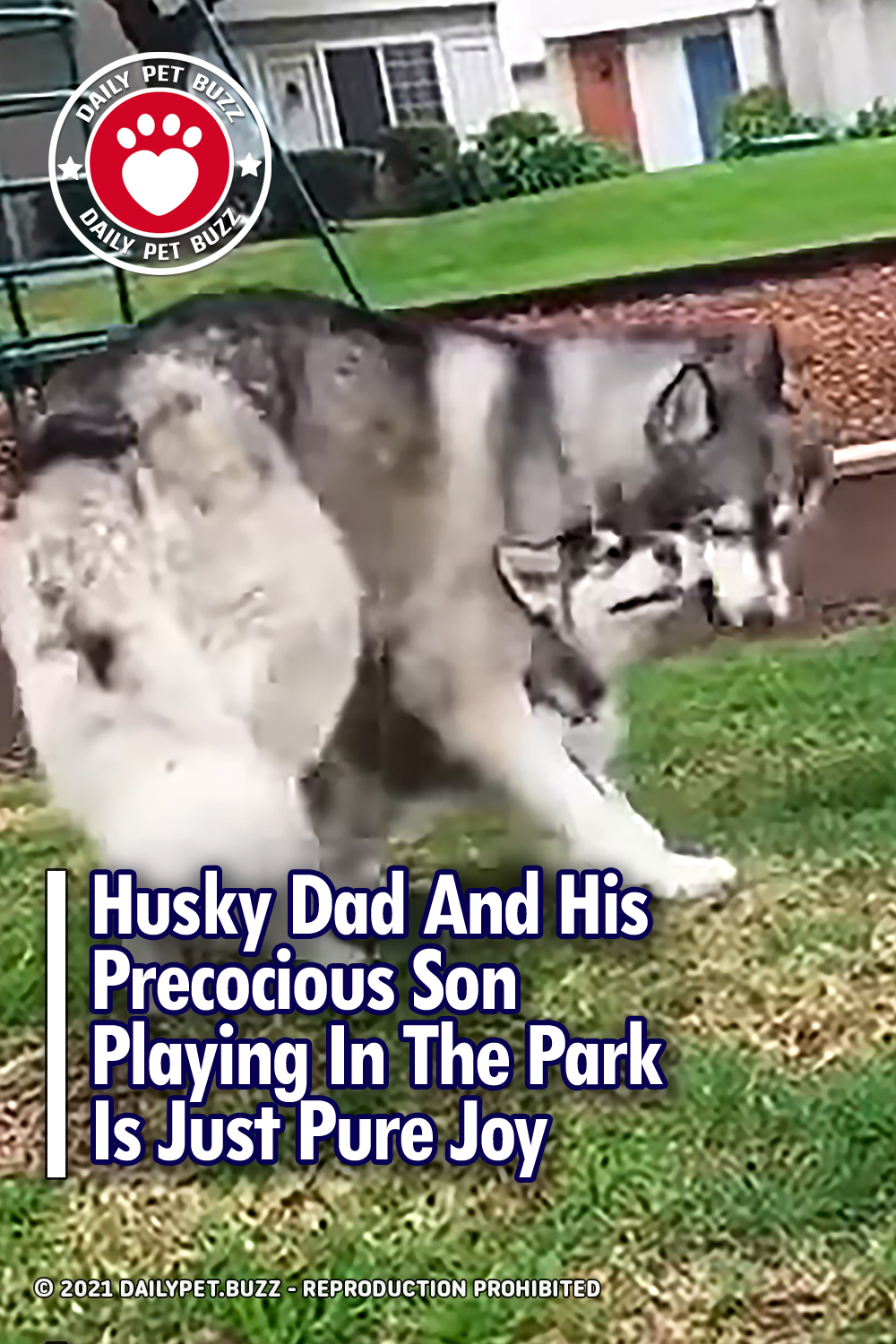