If you’re entire body is covered in hair, quite long hair, imagine the effect a little bit of static electricity could have on you. Well that’s what happened to this unsuspecting pup who took it all in stride. If you want to see the hilarious result, check out this furry friend in the video above. There’s a pretty, little, fluffy dog on a chair, just minding his own business. Sister human comes over to give him some love and he doesn’t suspect a thing. Pretty soon, she starts rubbing the blanket all over him, with encouragement from the parents, and he’s loving the attention, but we know what’s going to happen!

Static electricity builds up on the dog’s hair and it all raises up like he’s a ghost. Or a porcupine! When his human sister stands up, the dog’s reaction is hysterical. He doesn’t understand what’s happening to his fur and why everyone is laughing at him, but he sure is a good sport about it and seems to love being the center of attention.

He doesn’t even look like he has that much hair until it’s all standing on end. He looks like a pufferfish, only much funnier. This is one of the funniest dogs to hit social media, and he handles the harmless prank like the champ he is. I am definitely going to try this with my dog!

Watch this hilarious dog moment in the video above. If you enjoy it, share it with your friends on Pinterest! 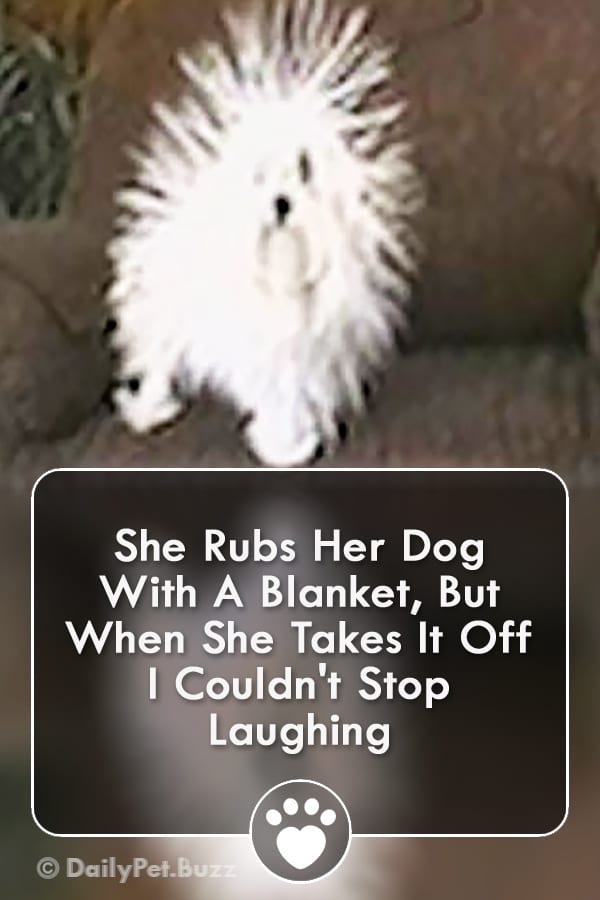