Even though rescuing animals is a challenging job, there are many people and organizations who devote their life to save all those who are in need. Hope For Paws is one such organization, which has been tirelessly saving animals in need in cities across the United States for many years. And sometimes, these rescues turn out to be more than just a rescue.

When Hope For Paws got an emergency call about a homeless and injured dog, it immediately dispatched a team of rescuers. But when they reached the destination, they got more than what they came for.

This dog, who was later named Iris, was supposedly living in a bush for past few days and came out only for food at night. It took about ten minutes to find her location. And when these rescuers were able to take her out of the hiding place, they found something else as well. She appeared to be quite a young dog, but she had given birth to puppies in the bushes and rather than run away from her rescuers, she stayed with her puppies. At first, when they tried to take her out of the bushes, she panics a little bit, but they calmed her down and when she saw they were going to take her and puppies, she felt safe again. One of her eyes was badly injured and she was taken in for medical treatment. Iris and her three puppies are now okay and are up for adoption.

Watch this incredible rescue and witness a wonderful surprise at the end. And let us know what you think about it in the comments below. We’d love to hear from you! 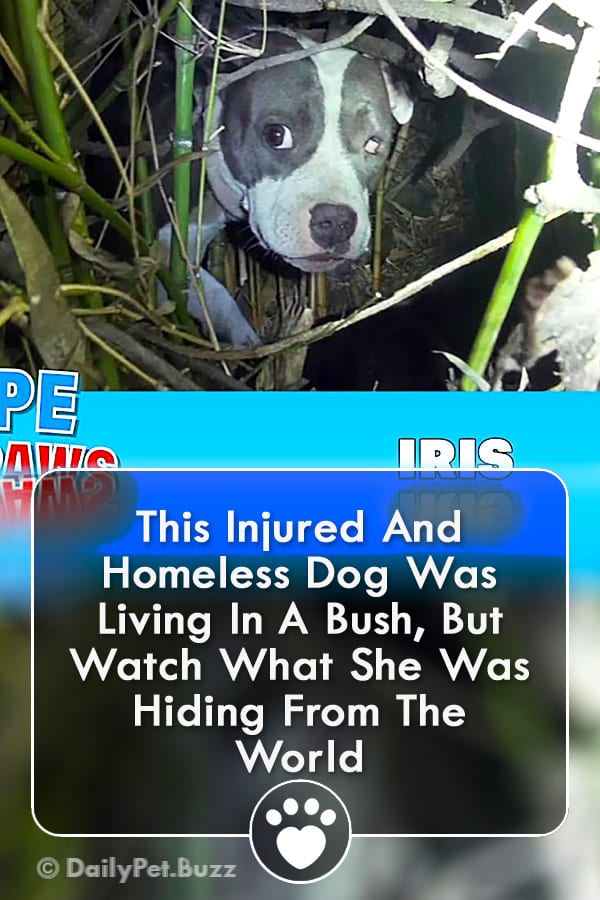