Our pets never like it when we leave the house. In fact, some of our furry friends even develop “separation anxiety,” a formal psychological disorder. In dogs, symptoms can start less than half an hour after their human steps out the door. As a dog’s stress level mounts, it may start pacing, clawing at windows or doors, barking or whining, shaking (especially common in small dogs), chewing destructively, and have “accidents,” among other behaviors. The stress can actually weaken a dog’s immune system, leaving it vulnerable to other illnesses. Making sure a dog gets plenty of exercise, play, and love can help. But in many cases, medication is required. 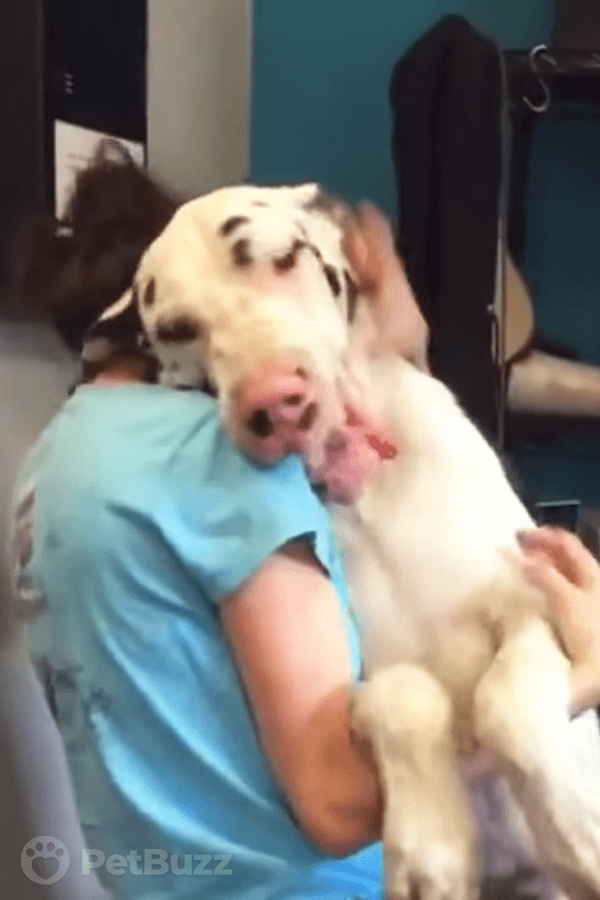 Kernel is a big, lovable Great Dane. This breed was originally a hunting dog, tasked with taking down big game. They’ve also served as loyal guard dogs. But nowadays, a Great Dane’s only job is to be a friendly and fun companion for their human friends. This is something they’re also good at!

We don’t know if Kernel actually suffers from separation anxiety, but he certainly didn’t like it when his human left him at a kennel for three whole days. As you’ll see in the video we’ve posted below when Kernel’s mom arrived to pick him up, he stopped in is tracks, apparently unable to believe his eyes. Then this big, adorable dog was overcome with joy. He stands up with his paws on her shoulder (he’s about as tall as she is) and frantically nuzzles her face and neck. It’s really incredible and touching just how happy and relieved he is. You can practically hear Kernel saying, “It’s you! It’s you! Let’s go home right now!” 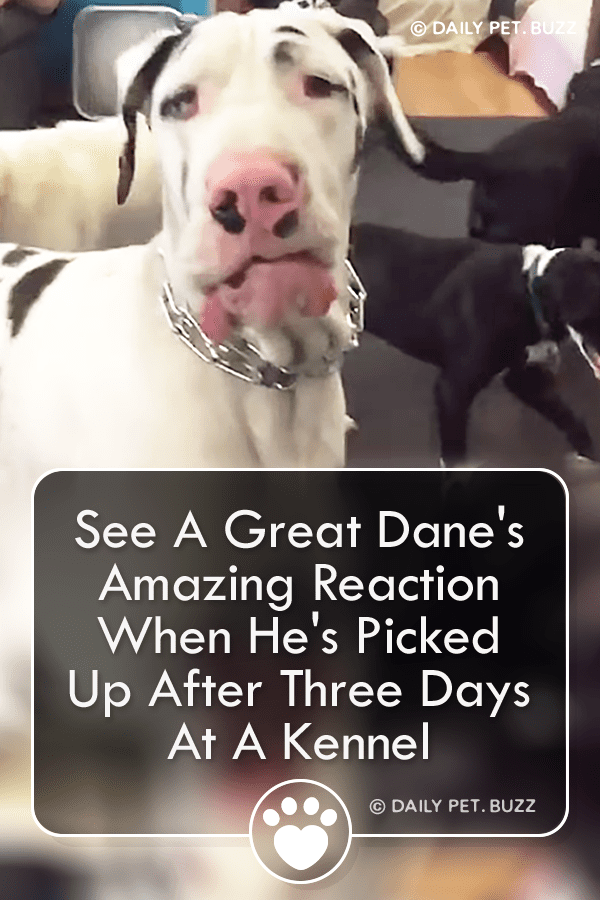