It’s common knowledge that almost every dog hates baths more than anything. If they could talk to us and tell us what they are really feeling, one of the very first things that they would tell us would probably be to stop with the bathing all the time. But don’t you wonder what dogs would really tell us if they could talk like we do? They’d probably ask for a lot of things, I’m completely certain.

The following video was made by Talking Animals, a channel that is dedicated to recording and editing videos so that it seems like the animals themselves are talking to the humans around them or amongst themselves. In this particular case, they made it so that it seems like a very troubled wet dog after taking a very unpleasant bath. He’s not shy to spread all of his wetness around the entire environment, including the carpet, the wall, and even his human friend. Isn’t that what always happens though, when you bathe a dog inside? I bet his human learned his lesson and will bathe him outside next time.

He got so angry from being wet that he shakes and rolls uncontrollably all over the place, and whimpers in discomfort from the whole situation. I’d feel kind of bad for the dog, if he didn’t look so adorable while throwing the fuss! It’s for his own good too, so no complaining here.

Watch this adorable dog throw the cutest temper tantrum after a bath in the video above! 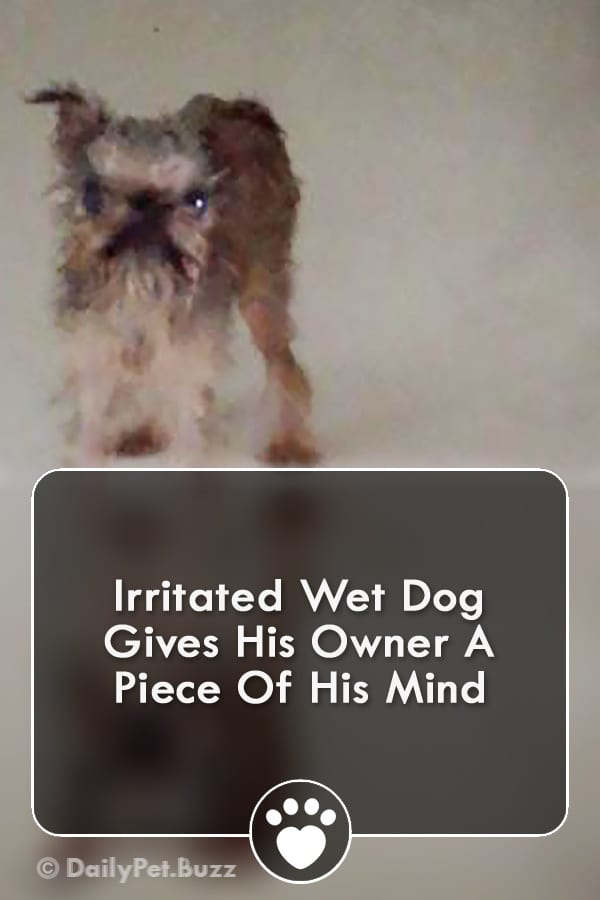