One of the rituals for dog walks includes the efforts to actually GET outside the door. Some dogs don’t like to go outdoors when it’s cold. They slink and hide. Others get themselves so worked up into a frenzy that it’s nigh impossible to get a leash on them ” they are moving around so much that being able to latch the leash on takes a level of concentration along the lines of – oh, defusing a bomb. Then there’s what happens in this video here.

We see a man walk to the front door of his house. He asks his boxer, Tyson if he wants to go for a walk. Well – does he ever. The pooch runs to the front door and starts jumping up and down like mad. I was amazed at the air that he was getting on each leap. It’s a good thing that he doesn’t knock over anything in the house with that kind of reckless enthusiasm. Dad asks him a few more times, with the same results.

I think that Tyson needs to be tested for possibly having springs in his legs – how else can he bounce that high? It’s fascinating to watch him go up and down like a pogo stick when he’s that excited to go for a walk. My miniature schnauzer would like to go for walks, but as enthusiastic as she could be sometimes, nearly pulling me, who outweighed her by more than 150 pounds, off balance more times than I can remember, she wasn’t like Tyson.

As fun as it was to watch Tyson go nuts like that, there was a point during the video where I just wanted to say, ‘OK. OK. Put the leash on already – we get the point. He’s excited. But no – they had to pad it out a little more. Oh well. It is kind of fun to see him get all worked up like that. Then watch him walk outside, go to the bathroom on a couple of light poles and then turn around and try to drag daddy home because he’s tired from all the previous jumping around that he did. That would be ironic –

Wasn’t Tyson so adorable to watch? My cats don’t go outside, so I don’t get anything like this anymore. Does your dog get hyper around walk time? Tell us all about it in the comments! 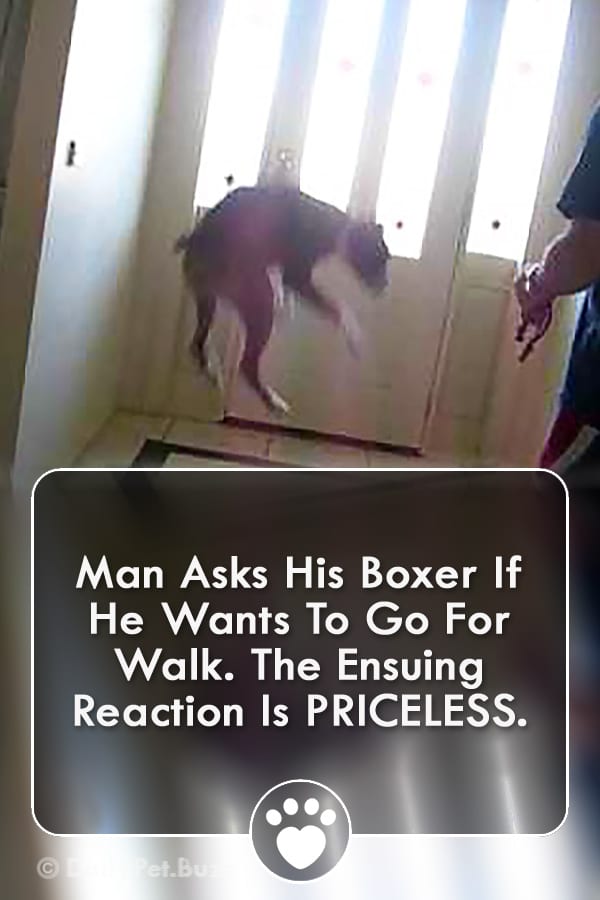