I’ve seen all kinds of weird videos about traffic stopping for animals. I saw one video where a car stopped and thousands of ducks swarmed around it. It was like a bad fever dream for me. The ducks flowed by the car like a flood – but instead of water, there were feathers! I thought nothing could top that, but this video here managed to top it off for me – though I don’t know what a video of a thousand elephants swarming a road would look like.

The video starts off with the elephant half-charging at someone on a bike, who turns it around and likely doesn’t stop pedaling until he’s roughly 2,000 miles away. Well, I’d do that if an elephant did that move in a ‘Go on – Get OUTTA HERE!’ kind of way. There are police cars in the background who are stopping traffic. The elephant then lumbers back to a sort of clearing in the woods. What’s going on here?

That question is quickly answered when a herd of pachyderms make their way across the road. They range in size from being as big as the original elephant to little baby ones. It’s amazing that the first elephant was smart enough to know that she had to clear the way for her family before they could safely cross the roads. Elephants are big, but a car could do a LOT of damage if there was a collision. Though all an elephant would have to do is then fall on the car –

There are signs out there to warn people of areas where deer are prone to running out. They don’t need those signs for wandering pachyderms. The elephant IS the warning sign. They are quite visible from a far distance, so it would be quite easy to slam on the brakes. Then it would be a matter of hoping that the elephant didn’t consider the car an approaching aggressor. Clearing the road was the best idea, though.

Weren’t these amazing instincts on the part of the mama elephant? Have you seen anything like this before? Tell us all about it in the comments section! Also, please ‘Like’ us on Pinterest. 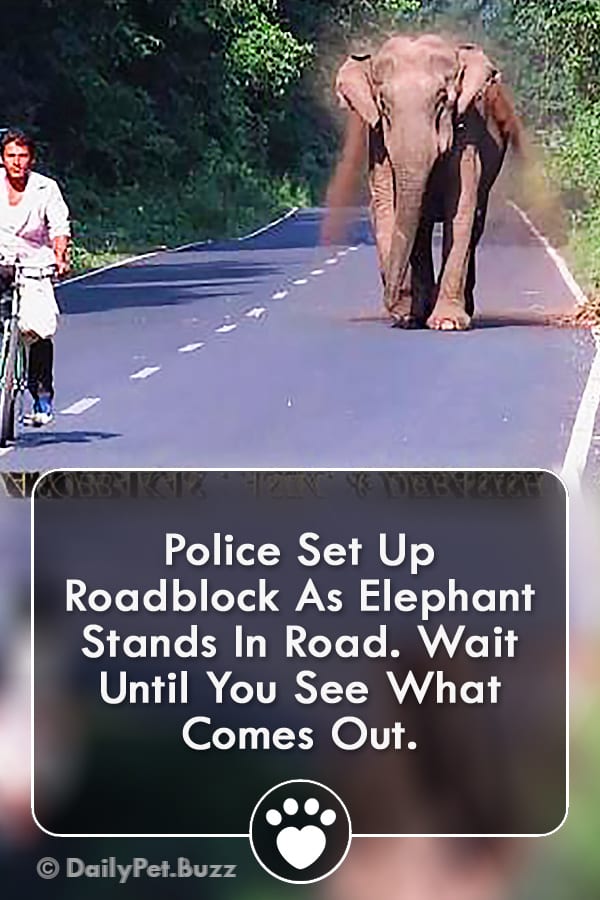