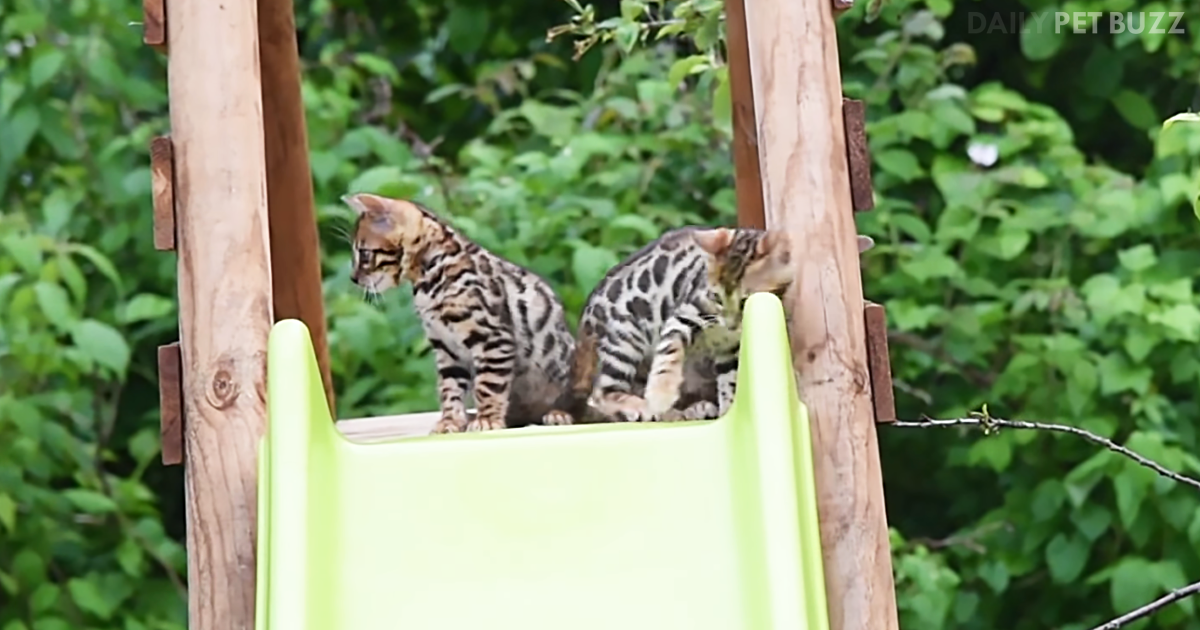 It’s always fun to watch videos of cats playing. Their hunting instincts, their ability to leap long distances and run much faster than I could ever dream of – all are lures for me to click on that viewing box. Bengal cats are on another level, though. They are such stunning creatures that I am definitely going to click on any video with a Bengal kitty as the star.

The video shows some younger Bengal kittens running around a yard that features a slide playset. Those kittens LOVE that slide. It’s the best thing they have ever seen in their lives. They try to run up it. They climb the ladder up to the top and then go straight down like they are at a kitty amusement park.

Mommy is nearby, and she also plays with them, letting them pounce on her and vice versa. It’s mesmerizing seeing these cats play like regular housecats, even though they have more wild blood in them. All cats like to roughhouse with each other – even lions do it – though much more carefully given, they have claws the size of my pinky finger. Plus, seeing them act like this is just fun to watch.

They look like little kids going down that slide. There’s no sound in the video, but I’m hearing them go, ‘Meowwwwwwwwwwwww!’ as they go down toward the bottom. There’s something therapeutic about watching these cats bound around, sliding, and just having fun. They say that petting a cat can lower your blood pressure. Watching these Bengals has to have an effect on lowering those numbers too. Maybe we should all watch these about five minutes before the doctor puts the blood pressure cuff on your arm. Ahhh. Peace. I was oohing and aahing the whole time I was watching the video. So much energy. 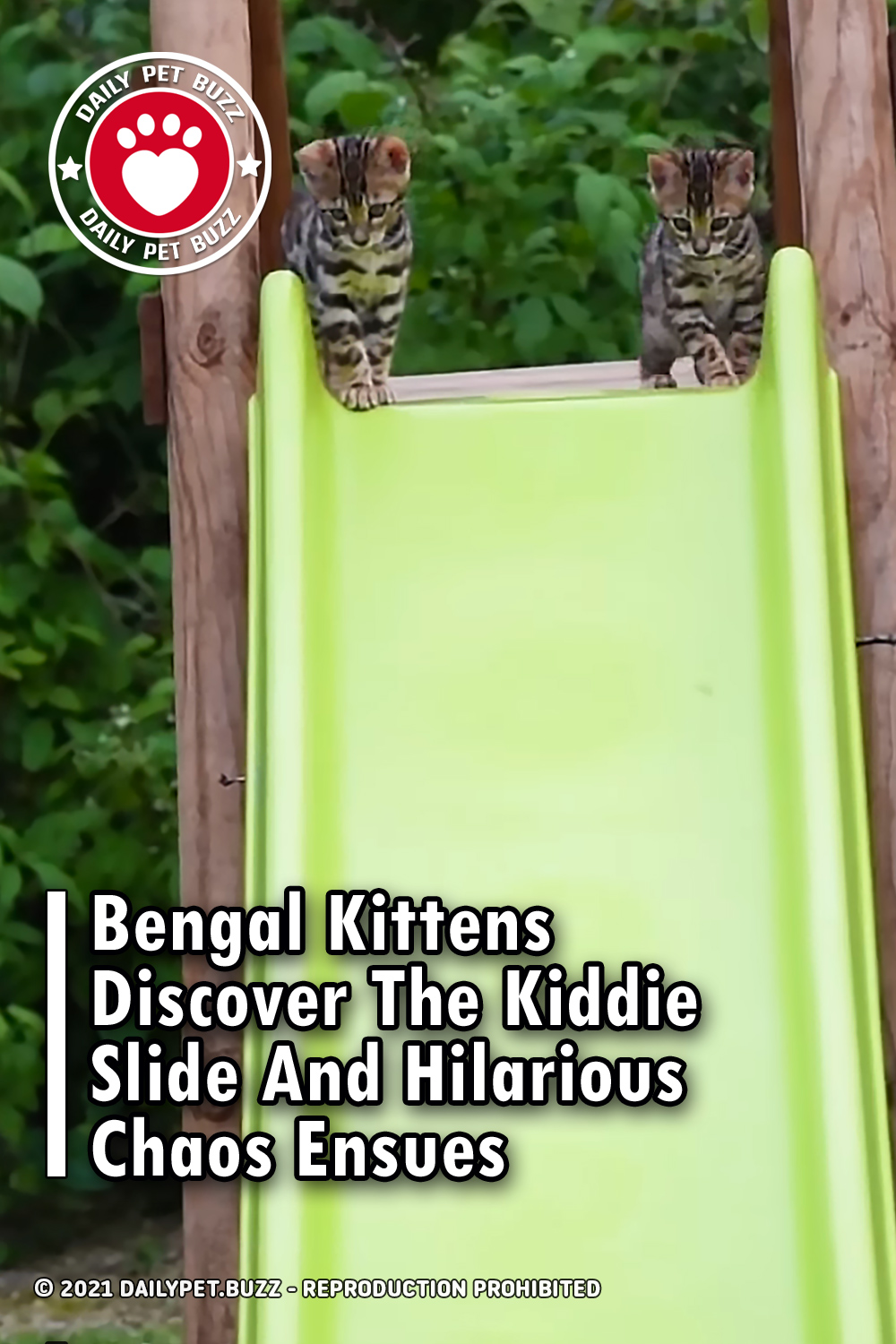