A gee-whiz technology that’s increasingly becoming part of our daily lives is RFID (radio frequency identification). An RFID is a microchip that’s activated and powered by radio waves and then transmits information stored on it. The technology is used in car transponders for paying highway tolls, in public transit payment cards, inventory management, and much more. An RFID scarcely larger than a grain of rice is now commonly implanted in cats and dogs so they can be identified if they get lost.

Joshua Edwards was the proud owner of Duke, a lovable young rottweiler. One day, he left Duke in the yard by himself for only a short time and when he came back, there was no sign of the dog. He’d really loved the little rottie and was determined to find him. But after eight long years of searching to no avail, he was giving up hope that he’d ever be reunited with Duke.

Then Edwards got a miraculous phone call: a pet chip company said someone had found Duke. The good samaritan found the dog and took him to the Tamiami Animal Hospital in Miami where they found he was chipped. At long last, Edwards and Duke were reunited. It was emotional for both of them, Edwards shedding some tears and Duke getting increasingly excited, licking his long lost dad’s face and then demanding belly rubs. “You’re still a goofball!”

Edwards told a reporter from the Miami Herald, “The anticipation of one moment; that’s a lot of build-up. To see him walk out the door and just immediately go back to being the puppy I remembered, I never thought that would be possible. I have my dog back. I’m so grateful.” The good Samaritan who found Duke was Maria Elena Cartaya and she summed it up nicely: “I have animals and if I lost one or if one was stolen, I’d be devastated. And to find them after so many years. I mean, it’s awesome.”

We’ve posted video of the emotional reunion for you below. Let us know what you thought and don’t forget to like and share! 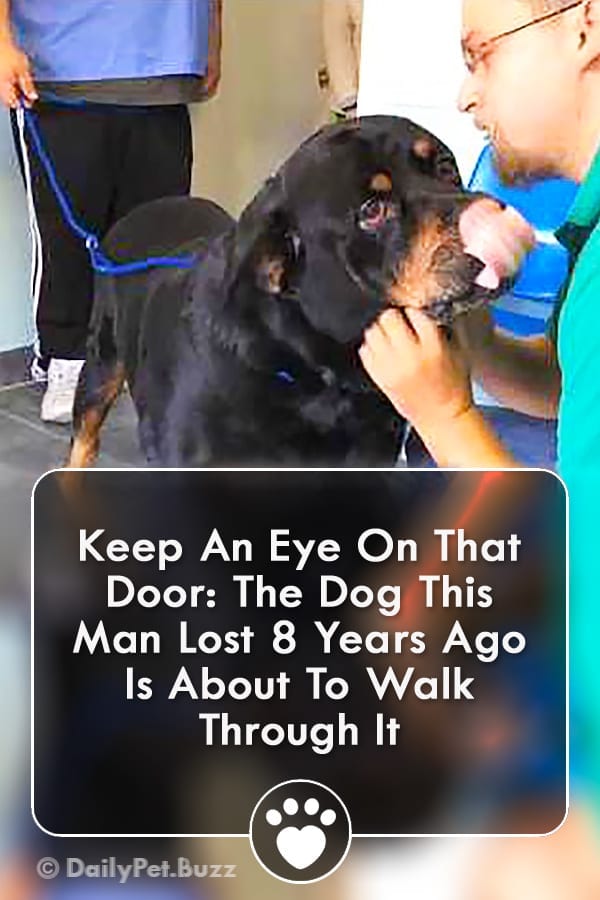