Often, when bonded pairs of animals arrive at a shelter, whether they’re cats or dogs, they’re separated in preparation for what’s to come. The goal at a shelter is to get as many dogs adopted as quickly as possible, and that becomes difficult if it becomes required for two animals to be taken into the same home.

But can you imagine being separated from someone who has helped you through the rough times in your life? Just think, you’ve been friends with someone your whole life, and you’ve been through all the rough spots together, but then, in the blink of an eye, you’ll never see them or speak to them ever again. It sounds terrible!

It’s impossible to know where most of these animals have come from, or what they have had to endure in their lives, but they’ve likely had some very cold nights and very hungry days. It’s entirely possible that the only thing keeping strays or abandoned animals alive was their pal, keeping them warm and offering emotional support.

When these two pups came into the shelter, the inevitable happened and they were put into kennels on opposite ends of the room. Riley the shepherd was adopted right away while Abby went through further training. They were heartbroken. Finally, Abby found her forever home, too, and while she was grateful, she still missed her friend, Riley.

What happens a few months later will have you reaching for the tissue box. 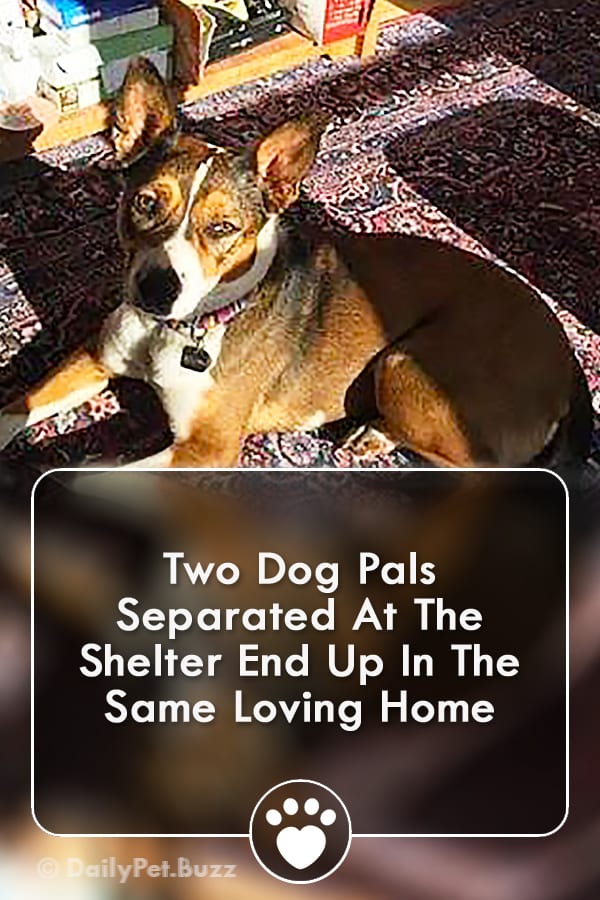