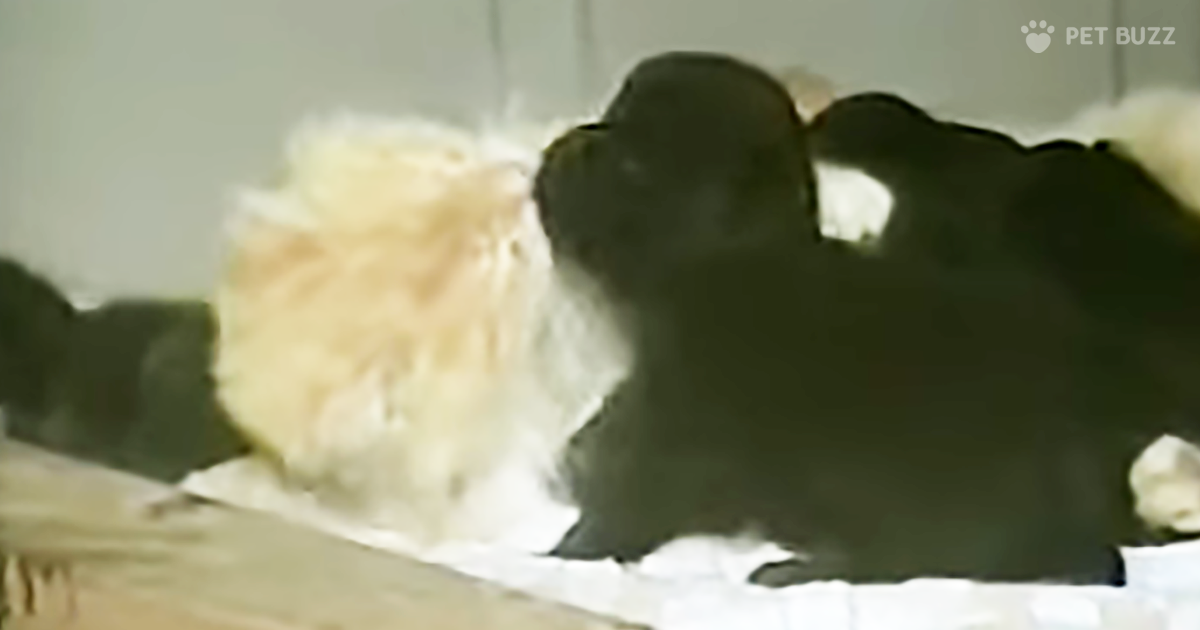 A South Carolina woman saw that her neighbor’s dog had given birth to a litter of puppies, but she just kept pacing back and forth in front of them, ignoring their entreaties to be fed.

Enter Miss Kitty, who had just lost a litter of kittens and still felt the need to nurse. Initially, she took the puppies and hid them under the woman’s trailer, but they moved her to a safer location. In the end, the puppies loved having a mommy of sorts to feed off.

People shouldn’t be mad at the doggie mother – first of all, she was chained up outside, and that lack of freedom must have made her quite upset and not think about nursing her puppies. It seemed like they were able to get her to lay down and start nursing her own litter finally, but Miss Kitty was probably still the primary caretaker, which, as weird as it seems, is the way it all should have been.

This was from the 1990’s so likely all the animals have passed by now. I still have to say that it was quite the odd sight to see a cat carrying puppies by the scruff of their necks like they would a kitten. No wonder those little guys were yelping and yelping – nothing like this had happened before.

Fortunately, Miss Kitty did have nutrients in her system that could help the puppies. So all’s well that ends well here. Hopefully, they all led a good life; they deserved it. Watch this unusual adoption story in the video just below.