Shannon was driving down a rural Georgia road was going way too fast. It was later she realized that she had lost control of her vehicle and flew out the back window of her truck. It was nearly impossible for anyone to notice her while driving by. After a while she felt some presence breathing on her face.

A stray dog emerged from the woods, jumped onto the back of the car, and began licking her bloody face. The dog tugged and pulled at Shannon’s lifeless body, dragging her over 100 feet back to the street. A vehicle later arrived and she was able to call her husband for help.

Shannon didn’t need any surgery even though she suffered a brain hemorrhage. She believes that she wouldn’t be alive if not for the stray dog. The dog was later adopted by a canine search and rescue trainer after being recognized for its innate ability to help and rescue people like Shannon, not to mention the physical and mental strength it took to drag her 100 feet back to the road.

It’s amazing to me that the dog realized that in order to help Shannon, he had to get her to a place where she could be seen. How did this dog know that? I guess we will never know, but Shannon sure was grateful to the dog and is happy that the dog has a home now and that his talents are being put to good use.

Watch the video above. What did you think about this story? Let us know in the comments! 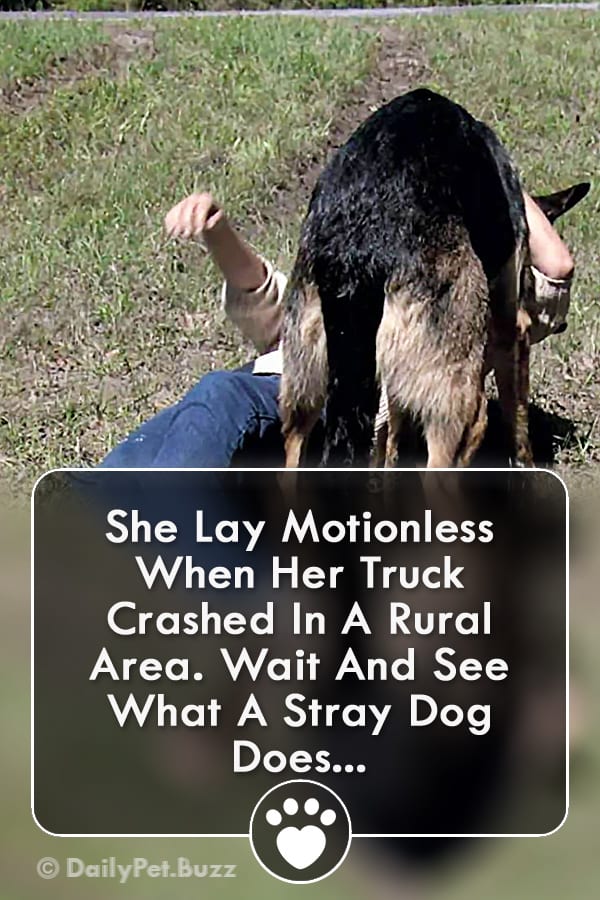