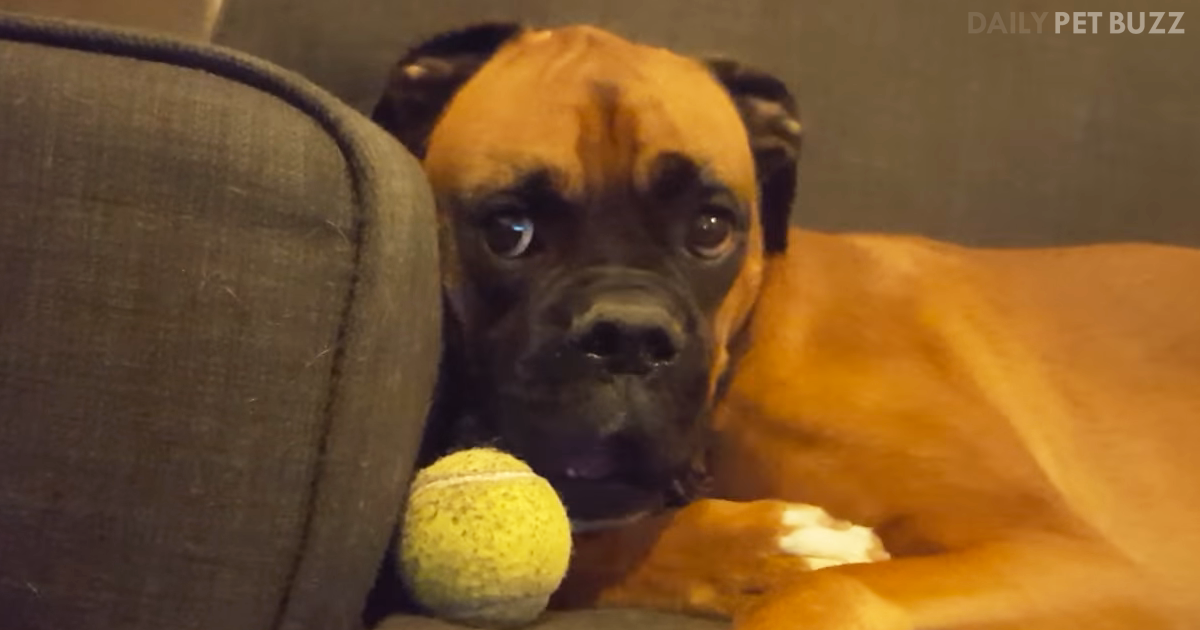 Animals can be even more persistent than people when it comes to throwing a temper tantrum/pleading for stuff. My two cats stalk me for an hour leading up to their dinner time. One of them even jumps in my lap and then off again repeatedly to let me know, ‘Hey. I’m here. Feed me.’ I would feed him earlier, but then that would just keep pushing that hour of bothering me further and further until I would be feeding him at 3 am.

This video shows a canine doing something similar. We see a boxer named Lily. If you haven’t met Lily yet, she is very precious, very pampered, and very tantrum-inclined. She evidently wants something from her mommy, again, and is not getting it.

To show her displeasure, Lily’s flopped down on the end of the sofa and is emitting a low whine while looking plaintively at her/the camera. This is the doggie equivalent of pouting/complaining. If we could translate what’s being said, it would be along the lines of ‘C’mon. C’mon. Please. Please. Please. Why not? Whyyyyyyyy not?’

Lily tries to play it off a couple of times, grabbing a ball, but her mommy isn’t having any of it. Then she resumes her whining again. It’s a constant low moan/whine. This is one unhappy pooch. She’s probably quite used to getting her own way, and when it doesn’t happen, this is the result. Lily’s still adorable, though, and the people in the room seem to be used to her behavior.

Ultimately, Lily seems to realize that she’s not going to get what she wants and just gives up at the end. Which is the way it should be since if her mommy gave in ALL the time, it would make her think that all she has to do is whine some, and she’ll be rewarded. Well, it’s happened before, which is why this video exists in the first place. Still, it’s cute to watch her in action.