Sleeping is one of the simplest and most rewarding pleasures of life. Most of us have the privilege of sleeping regularly and enough, but not everyone has nights as peaceful as they would want to. I’m pretty lucky myself; I usually just roll around in my bed for a few minutes until I find a nice position, and then I’m set for the whole night. The puppy in the video above can’t say that he sleeps peacefully, however.

Talking and even walking during sleep is something relatively normal, and most animals experience it in one way or another. In humans it only happens to certain people or under extraordinary conditions, but it seems to be much more common in the animal kingdom, especially in pets. You’ve probably seen a dog try to run or bark during their sleep, and it’s one of the most adorable things ever.

The doggy in the video above is named Lulu, and she fell asleep during a long and boring car ride as they recorded her. It’s not clear what she was dreaming of then, but it really looks like she thought she was flying! The way the air conditioner hits her directly in the face must have stimulated her for it. Dogs like this one always make my day!

Watch this adorable sleepy pup in the cute vide up above. 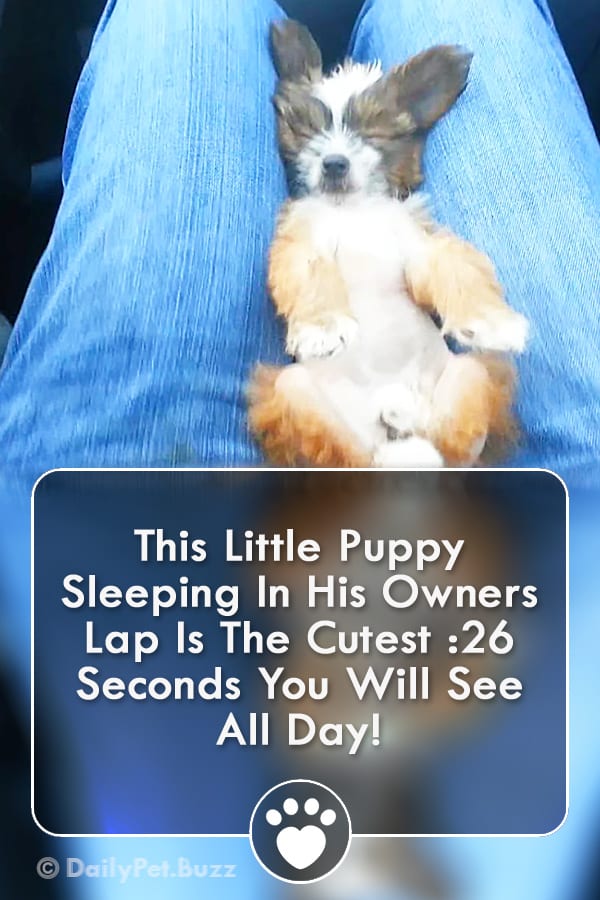