Horses are incredible creatures. They’re strong, graceful, intelligent, and without them and all the work they can do, it’s hard to imagine human civilization ever having made much progress. Strength, beauty, and grace have come together in Frederik the Great, quite possibly the most handsome horse in the world.

Frederik is a Friesian, a relatively rare breed that originated in northern Holland, probably in the Middle Ages (possibly even earlier). Friesians are strong and muscular, almost like draft horses, and yet notably elegant in appearance. Once upon a time, they were highly prized as war horses because they were large and strong enough to carry a knight in armor. Nowadays, these handsome horses are more likely to be seen at dressage events or in movies. Frederik’s coat is solid black, typical of Friesians, shiny and impeccably groomed. His flowing mane is spectacular and requires a lot of work: it takes about three hours to wash, condition and dry it!

While he’s named for a Germanic king, Frederik was born in Holland and now lives at a farm set in the Ozark Mountains of Arkansas. Trainers and judges have been quick to notice how intelligent and eager to please Frederik is. But it’s his incredible good looks that have made him an internet sensation, with thousands and thousands of fans all over the world.

There’s more to Frederik than his dashing appearance and noble bearing. According to his owner, Stacy Nazario: “His personality went right along with his looks. He’s just phenomenal. His temperament is sweet. I could put a baby right next to him and he would just be gentle with it. He’s a gentle giant.” Frederik is also a natural showman: “He lights up when he’s in the arena or when there’s photography going on. It’s almost like watching a celebrity, you know, the difference between when they’re at home and under the lights.”

Are you joining the Frederik the Great fan club? Let us know what you thought of this incredible horse in the comments at Facebook and don’t forget to like and share! 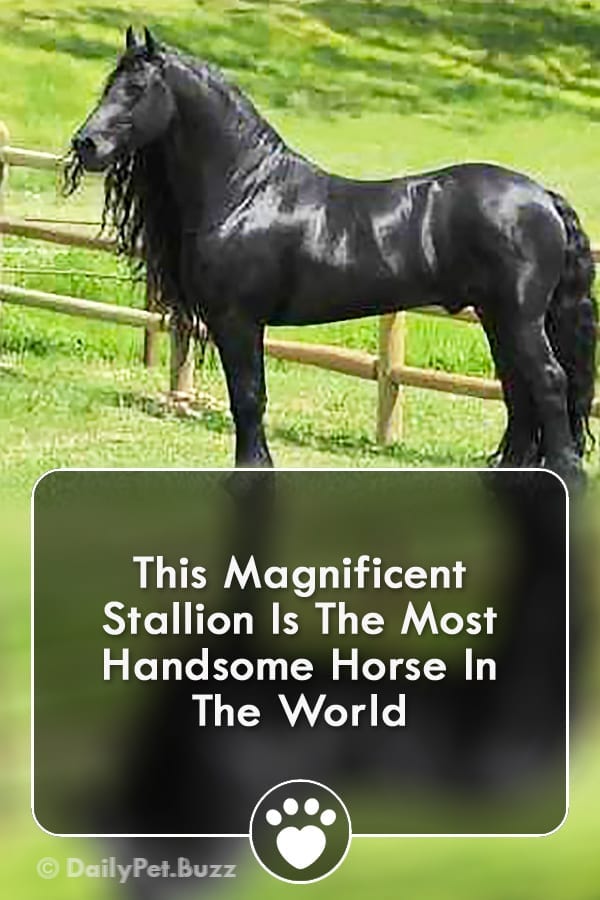