Dating’s hard. I’m SO glad that I don’t have to do that anymore since I am married. But conjuring up the nerve to go up to the attractive woman at a bar or party? That requires a lot of courage and you also find yourself glancing around at the other men. Are any of them showing interest in her too? Should you move now? Oops. Someone stepped in when you were composing your hello. Well, it’s also nerve-wracking in the animal world. Take this video of birds trying to attract a mate, for example.

The birds that we see here are from Argentina, Brazil and Paraguay. They are called Manakins. There are five males and one female. The female is there to be wooed. No, they don’t whip out their little bird credit cards and try to buy her the best accessories for her feathers. They do some kind of organized mating ritual where they line up next to each other and quickly fly to her and then go to the end of the line. This goes on for nearly two minutes and then they stop.

At the end, all the male birds cock their heads at her as if waiting for her to give one of them a rose like on ‘The Bachelorette’ . After a few seconds, the bulk of them fly off, knowing that they have no chance. Oh, well. They tried. A few linger, but then it looks like only one turns around and flies back to her. You all know what that means for them, right? He gets to go meet her parents, of course. What did you think happens?

The only thing that was missing here were a host and several announcers. ‘Oof. He’s getting too much air time there in front of her. He looks desperate.’ ‘Did that one on the far left forget to groom his feathers before he came over to the branch? He’s a slob! She won’t go for that. ‘ This was entertaining enough, but having those announcers would have taken it to the next level, for sure.

Weren’t they so polite and coordinated? If humans tried to do this, there would be at least three fights in the first minute. What do you think? Tell us your thoughts in the comments. Also, please ‘Like’ us on Pinterest. 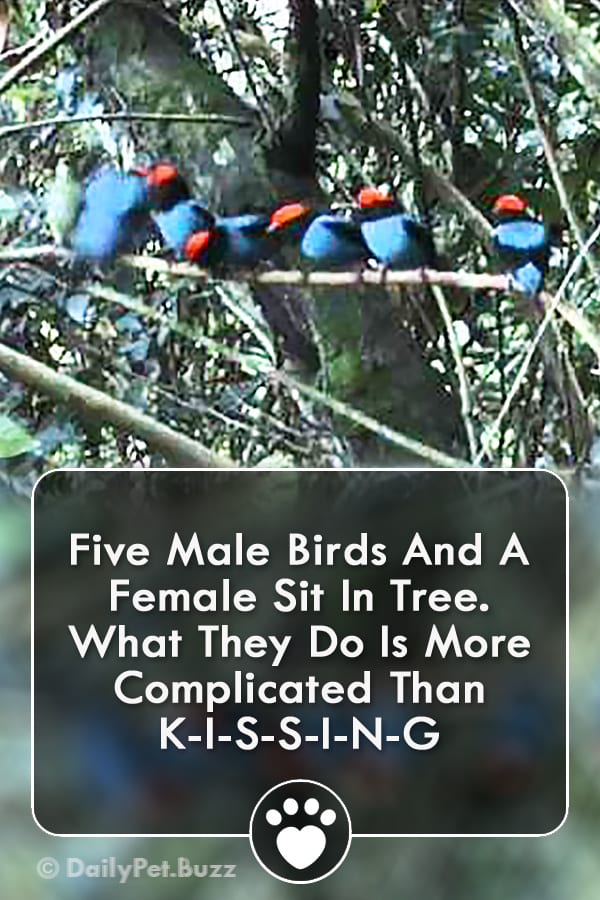