We’ve seen our share of strange stories of one species of animal adopting another. An elephant has played with a sheep. A cat has brought a squirrel into her family. A deer has made a lifelong friend with a Great Dane. But there’s this one here in this video that had me shaking my head and chuckling with mirth. I have never seen anything like this before, though I wouldn’t mind seeing it again: A dog adopting abandoned baby chicks.

At first when we see Bailey laying on her back, it looks like there are only two light-colored chicks nearby. Then she rolls over and it’s suddenly apparent that there were eight more of them in her shadow. Part of it is because the majority of them are dark-colored. They are all so adorable, though, and I want to scoop them up and carry them with me. Sorry, got distracted by the video.

Bailey is so cute in this video. The chicks are kind of milling around while randomly peeping. She sniffs them occasionally, seemingly fascinated with one light-colored one. Perhaps she’s thinking, ‘say – you look like one of those fuzzy tennis balls that I like playing with. Maybe I could – nah.’ Sometimes she steers one of them back into the huddle. It’s clear that she’s fascinated with them and they with her.

This video was shot in 2012 and the people that uploaded it wrote in ’15 that they had given the chicks to someone who promised to raise them. Apparently there WAS a mother hen around, but a coyote may have gotten it ” they got a glimpse of the hen running around outside with the hen in pursuit. Bailey hasn’t been lonely without the chicks, she also helped raise an abandoned quail that was eventually sent into the wild again. Quite the surrogate parent, eh?

I couldn’t take my eyes off the chicks. Weren’t they so adorable? I love looking at them ” they look like little tennis balls. Have you ever played with them? No, not tennis balls – the chicks. If you have, please tell us all about it in the comments section! 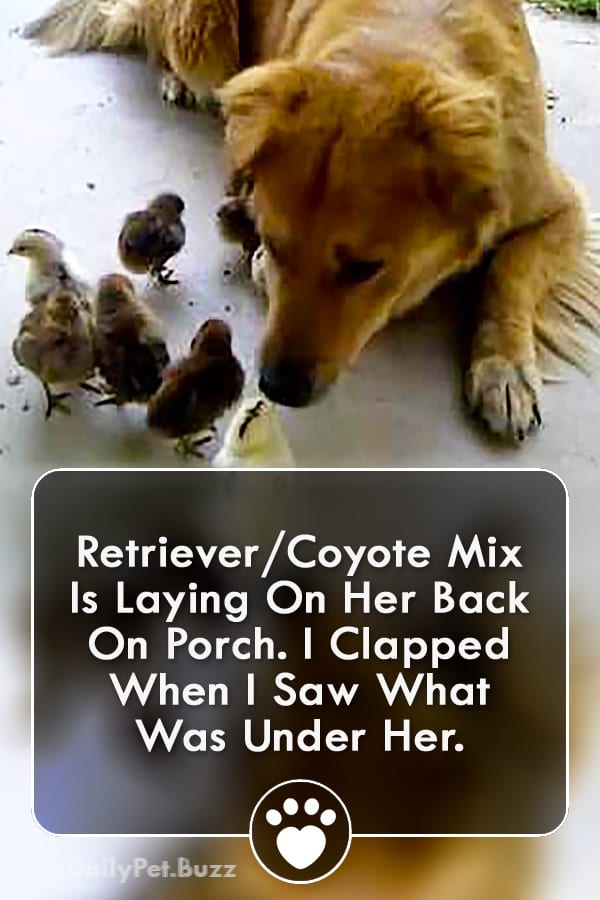