Remember how the constant smothering love of your parents used to rile you up when you were a little kid? The tiny newborn bulldog puppy in the video above is going through the same situation. 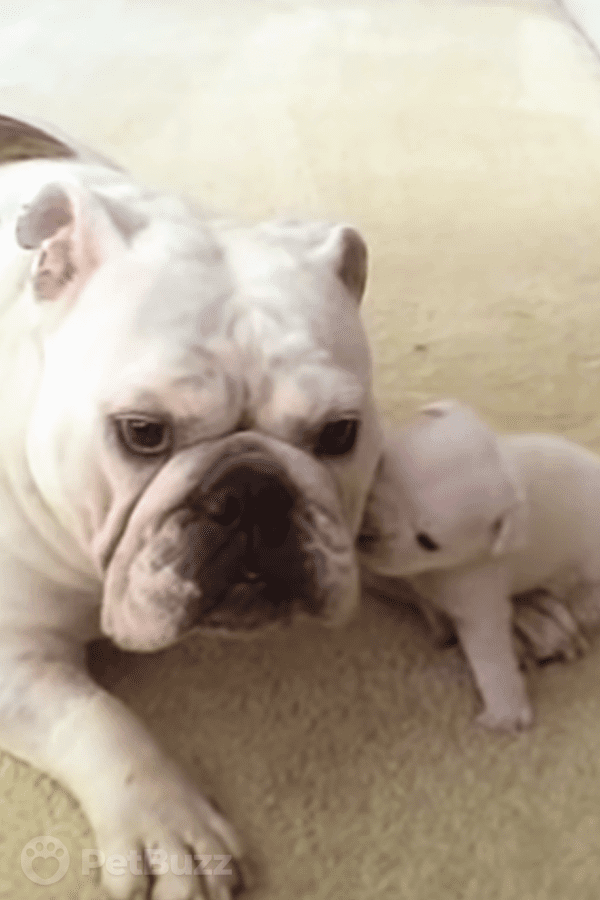 The little guy is named Elvis. He was born with a cleft lip and had a permanent sneer on his face, thus earning him the name. In this video, Elvis has some choice words to share with his ‘over-caring’ mom, Patches. Poor Patches was only trying to show some love, but Elvis had had enough. Mom had been sniffing him, and I guess she was disturbing his exploration of the carpet.

When Patches put her paw on his head, he immediately started barking and really surprised his mom! This little pup displays the most adorable tantrum, and you cannot help but smile at his antics. It looks like these two are still getting to know each other, and mom Patches tries to play a little bit, but the puppy isn’t ready.

When Patches tries to ignore little Elvis for a while, he silently goes up and cuddles next to her! Elvis had to be bottle-fed until he was on solid food and has now become a strong, healthy and energetic dog. He was adopted by a veterinary technician who had helped treat him from birth. Watch this puppy’s tantrum in the video above! Isn’t he adorable? 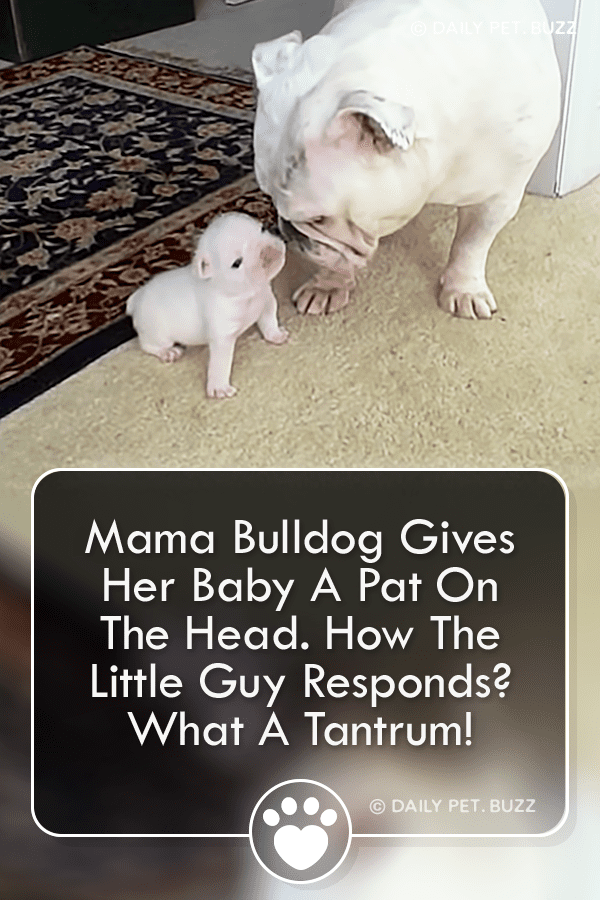