Incredibly there are still people who think that animals don’t have any feelings. But we can prove that they couldn’t be more wrong. Take for example, Mrs. Kitty. This cat has no kittens of her own, but that doesn’t stop her from sharing a bit of boundless maternal love to other little animals. Mrs. Kitty has been taking care of a litter of puppies by herself. Her owner, Missy Grant, shared her beautiful story with the world. The funniest thing is that these pups weren’t even given to her, she took the initiative herself!

When Mrs. Kitty lost her own litter, she ended up kidnapping a group of puppies. Since the baby canines were being neglected by their biological mom, being adopted by the feline worked to their advantage.

Their doggy mum has other talents, motherhood might not have been her thing. Or perhaps she was selflessly cheering her cat friend up. Or perhaps, as the voiceover says, we’re overthinking it a bit! Anyway, she still pops into visit them.

Mrs. Kitty went up to them and rescued them one by one. She carried them up the steps to their cosy trailer-home by herself. Look at that contented face! She cares for them with all her heart ” even giving them bath! Well, lots of baths. She is a cat after all!

Watch this amazing mama’s story below! Did this bring a smile to your face? Let us know what you think in the comments! 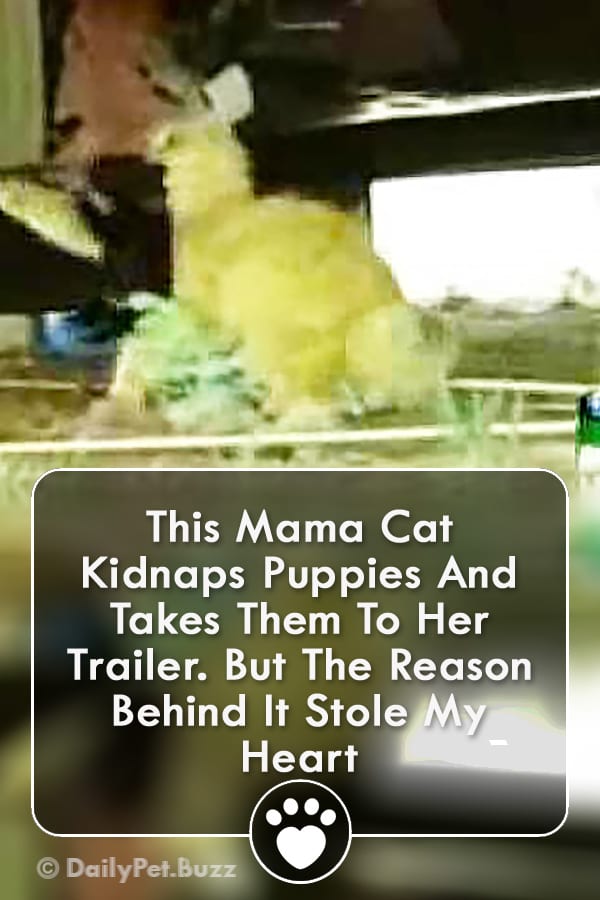