Meet Denver, a yellow Lab and an internet sensation who really hates taking medicines. In the following video, her owner is trying his hardest to make her take her regular meds, but Denver is not having any of it. You are going to be in hysterics when you see how hilariously she responds to her dad’s request!

Judging by the look on Denver’s face, this poor girl has been through this medicine routine before, and she seriously doesn’t like it! But her reaction is so hilarious I can’t stop watching this clip, even though I feel bad for her that she has to go through this.

I was laughing uncontrollably at how she scrunched her face up and gave her owner the ‘McCheesy.’ Even his owner cracked up at her antics! She really wants to avoid medicine time, but the look on her face is priceless when her owner doesn’t budge. Denver is getting a bit older now, and she has to take this medicine via her ears. She hates it, but her owner knows it is important.

Watch as he tries to convince her to cooperate. He’s actually brilliant at filming Denver because he’s had a lot of practice capturing her hilarious facial expressions, usually related to taking medicine or being guilty. Denver has long-since taken the world by storm with her ‘guilty dog’ videos. Wait till you see this one. It is just as funny as the others.

Watch this adorably hilarious pooch in the video above. Did Denver put a smile on your face? Let us know what thought in the comments! 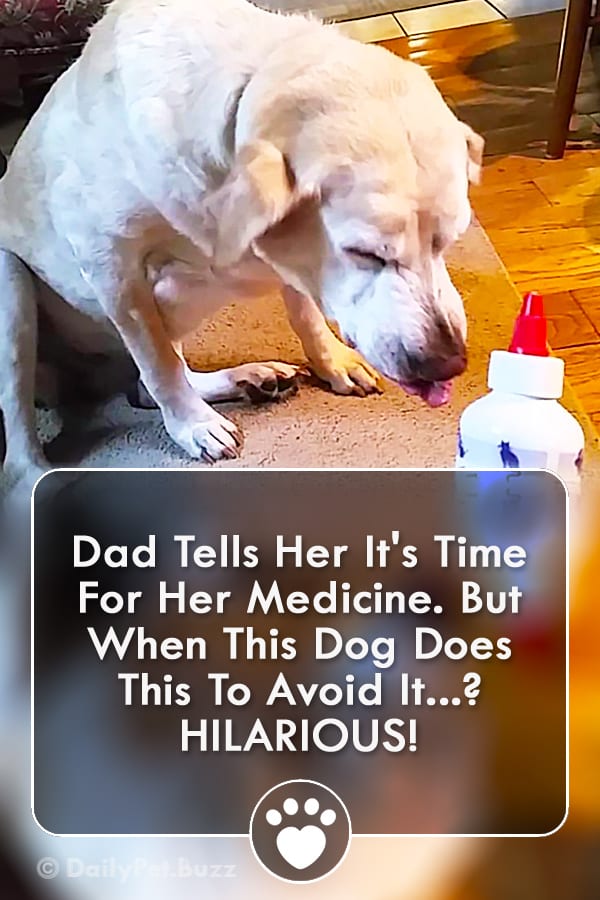