Horses are the wonder animals that helped make human civilization possible. Being herd animals, they’re readily domesticated: basically, a human takes over the role of top horse. For all we know, horses may think this slightly strange, but over 6,000 years of experience shows it works! Horses are also remarkably intelligent and sensitive, more so than many people understand.

Unfortunately, not everyone treats these marvelous creatures with the respect they deserve. To cite just one example, an all-too-common practice in some corners of the world is joining a horse’s front or hind legs with chains. The idea is to make it difficult for a horse to escape — this begs the question, escape from what — but can you even imagine how much a horse suffers as a result?

Ovidiu Rosu, a veterinarian working for Four Paws International, was involved in a project related to protecting and managing the wild horses of the Danube river delta. The area, on Romania’s Black Sea coast, is one of Europe’s few large nature preserves, and is home to the continent’s only population of feral horses. Horses have been there for hundreds of years, but their numbers increased beginning around 1990 when collective farms were closed. When the communist regime in Romania collapsed, even the horses were set free!

As you’ll see in the video we’ve posted below, Ovidiu saw a horse that had chains around its ankles. The shackles were starting to cut through the skin and he realized the chains had to be removed before any serious damage was done. After they got the horse sedated, the chains came off. Seeing the horse freed from its chains would have made the day rewarding enough for the veterinarian, but what’s really touching is the way the horse says, “Thank you!” before galloping away.

It’s a good thing there are people like Ovidiu Rosu out there to look after our four-legged friends! We’d love to hear your thoughts about this story in the comments at Facebook. Like and share: there’s never any harm in raising awareness! 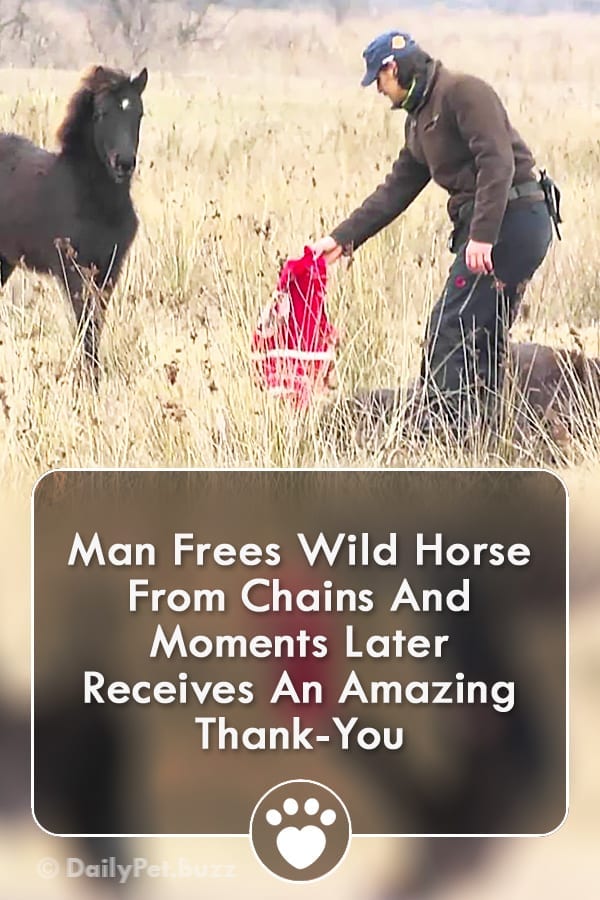