The only way a dog could be a better companion to a human is if he could talk. Maybe. But in this video, you will see one dog owner’s perspective on what his dog is thinking when he tells him he got a kitten, and it will make you believe that dogs can talk. A talking dog is a common childhood dream for kids who grew up with dogs in their home, because let’s face it, as a kid, what could possibly be better than being able to share everything word by word with your best friend? In this video, thanks to some clever video editing and the help of a friend, a man was able to make this dream come true. It is an adorable result.

In the clip, the man and his dog are having a conversation about adoption, and the dog seems uncharacteristically enthusiastic about getting a kitten for their home. It might seem like the opposite would be true, according to classic stereotypes, but in reality, dogs are always psyched about meeting new friends. So when his dad told him he had been to the pet store, the dog completely flipped out. His dad continues to torture him by listing all the animals he visited at the pet store, but the dog only cares about one of them.

The dog obviously isn’t the one actually talking, but his expression is so clear that it’s hard to believe he could be saying or thinking anything else! His reaction is so spot on, you will believe he is the one talking.

Check out this dog’s amusing conversation in this very clip, we’re sure you’ll adore him! 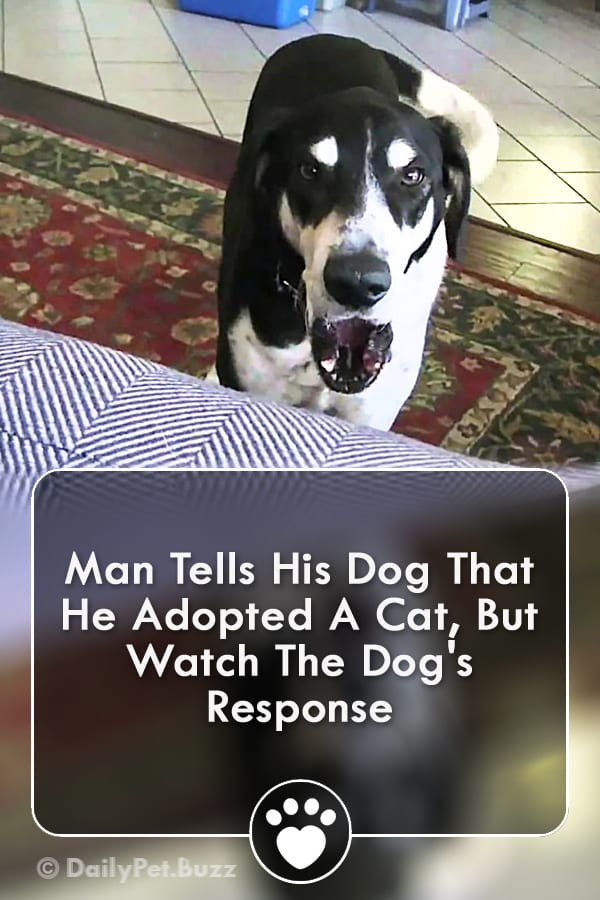