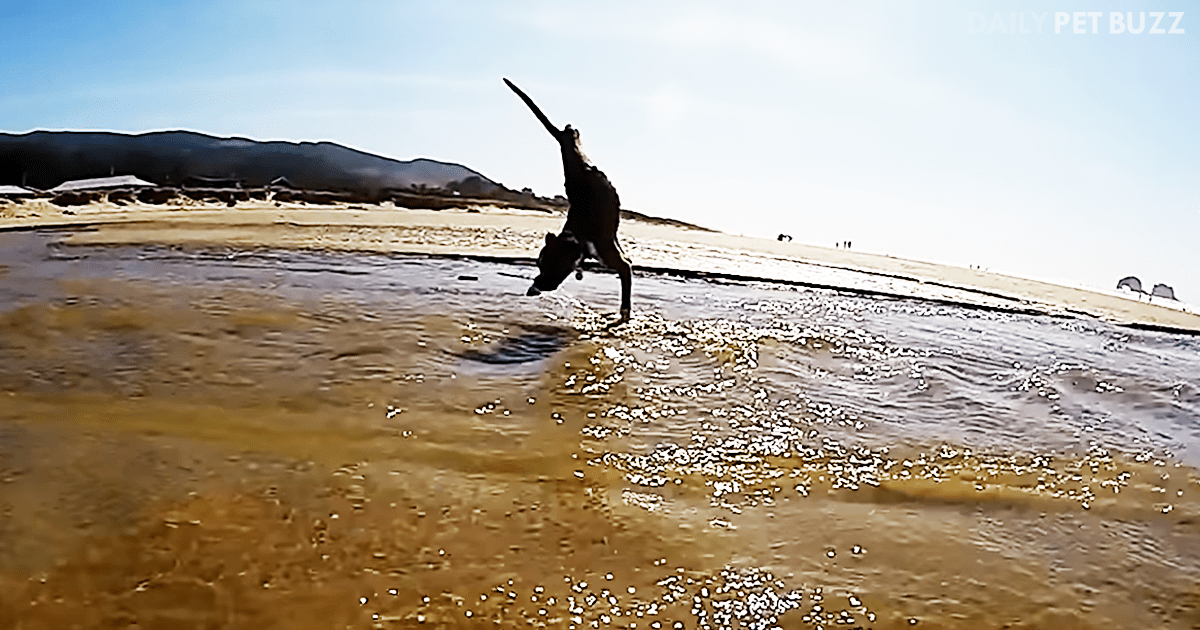 Duncan Lou Who was born with severely deformed rear legs and pelvis. The bones in his legs were totally fused by the time he was eight weeks old, and there was no chance of fixing them. They had to amputate his rear legs and hip joints to give him a better chance for a good life. His story has traveled all over the world.

Duncan, the boxer, became an inspirational source overnight. What amazes me is that Duncan, who is still a puppy, can run, jump and play like other dogs with only his two front legs. He doesn’t seem to know he’s supposed to have four legs. He balances on his front legs and can run just as fast as other dogs. It’s amazing.

This video shows Duncan’s first visit to the beach with his family and friends. There really is no stopping this guy. Duncan has a wheelchair, but he hates using it. So his owners let him walk on his two legs. This video is not sped up, so you can imagine how fast Duncan is despite his two legs.

It is really heartwarming to see Duncan run around. He loves to play in the sand, and he also loves the camera. He seems to know he’s the center of attention, and he loves it. I can see why he doesn’t like the wheelchair. It probably slows him down. 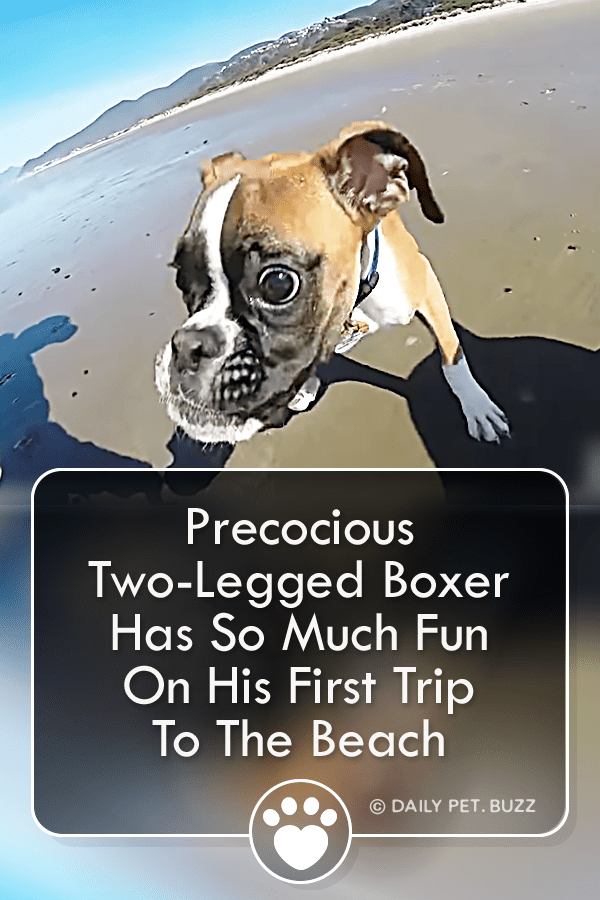