Animals show guilt a whole bunch of ways. Some come seeking forgiveness immediately. Others try to play if off like it’s someone else’s fault (See: nearly every cat – EVER). There are some who will go into hiding immediately ” though they tend to pick the worst spots. Then there’s Matzo, the dog that we see in this video. He knows he’s been caught red-pawed in a household accident. His tactic while his mommy questioned him had me in stitches.

We enter the scene as its happening. There’s a trashcan laying on the floor, its contents scattered all about. There’s only one suspect and he’s sitting in the next room, looking shameful as he possibly can. Mommy starts asking him if he pushed the trash can over. He just starts moving back, towards a desk, not slinking or looking fearful. He just scooches back on his butt. Eventually, he goes behind the desk. ‘I’m not heeeeere, human. You can’t see meeee.’

It’s almost like Matzo is trying a Jedi mind trick on his mommy. It’s not a very good one, since she realizes what he’s doing right away. She’s not mad, though. She’s bemused, as a matter of fact. Throughout the video, she’s holding back from bursting out laughing. ‘Matzie? Are you pushing yourself away? Come here!’ He’s determined to get himself out of sight, though. Finally, he succeeds. Well, to him, he does.

These pet guilt videos are hilarious. My favorites include Denver the dog. Matzo is a close second now. His guile just won me over. It’s clear that his Mommy is not going to chase him around the apartment. He’s probably done something like this before and she just wants to record him for posterity – and possible viral video status. With over 4 million views, I’d say that she succeed there.

Wasn’t Matzo so adorable? What did you think of his tactic? We’d love to hear your thoughts on it! 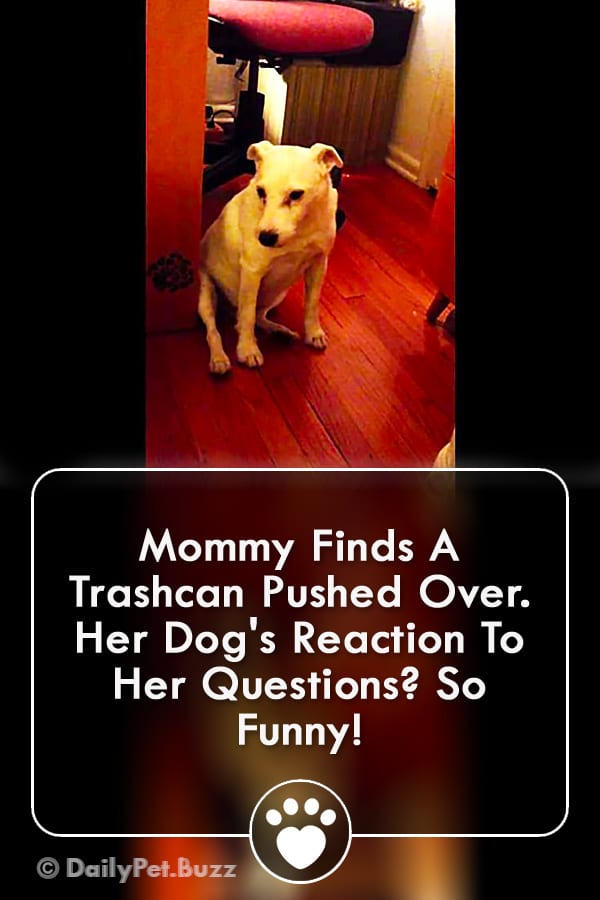