When it comes to nightmare scenarios for parents, it doesn’t get any worse than this: You’re walking with your young child and then you turn around and they are gone. That’s why my head is almost like a radar sweep when I’m with my son outside ” I’m ‘pinging’ him every two or three seconds. I can’t imagine what it would be like ” I had a dream about it once and there was a knot in my stomach during – even though it wasn’t real. The woman in this video must have had it in real life.

The woman who had that exact scenario unfold was named Patrician Drauch. She had been in the yard with her 14-month-old son Stanley and she had to get something in the garage. On the way there, she had that dread realization: Stanley wasn’t with her anymore, having wandered off somewhere instead. When it comes to things like this, time is of the essence, especially if one lives near a busy street or, as the case with Drauch, they have a pool.

She hurried over to the pool, since even a short plunge could prove fatal for a baby with tiny lungs. She found Stanley unconscious in the pool – but there was something odd about his pose. He wasn’t floating in the water, per se. He was on his back – on top of Bear, a black Lab and also the family dog, who was keeping both his and Stanley’s head above water. If this wasn’t a life or death situation, this would have made for an amazing photo.

Calls to 911 weren’t going through, so she scooped up Stanley and also took his older brother with her to the fire station, where they were able to revive him and ascertain that there was no more water in his lungs. Bear had better gotten at least three servings of dinner that night for his brave actions. This was one dog who was not going to let any member of his family remain in danger for very long.

Wasn’t this such an amazing story? Have you heard of any dogs or cats doing this for a child? We’d love to hear any stories you might have ” just head down to the comments section and leave it there. Also, please ‘Like’ us on Pinterest! 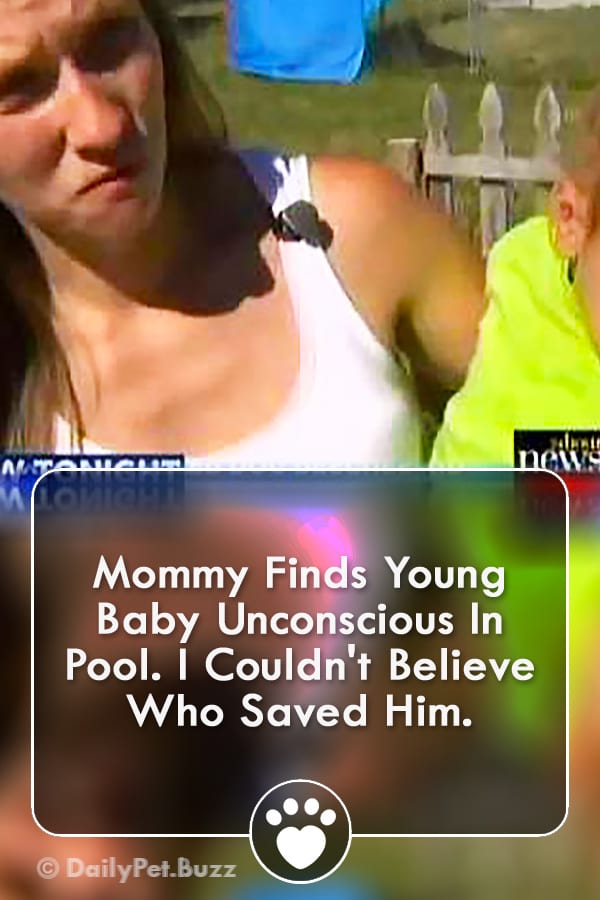