When you go out for a drive, you never know what you’ll see. Especially on a country road. There may be billboards, farms, fields of corn. You might see roadkill. But then there are some unexpected things. Sometimes you’ll see testaments to human cruelty. That’s what happened to the mother and the daughter in this video ” and you’ll also witness their response to that cruelty.

A teen girl named Kelsey Allonge and her mother went for a drive in Illinois to go a swap meet, they left early in the morning and took a different route than usual. They found Sunny, a starving horse who had escaped her stable because of mistreatment. Sunny was in bad shape, very sick along with her lack of food. She was a very fortunate horse, because who knows what would have happened if the Allonges had driven their usual way?

Sunny was too weak to even get into a trailer ” it’s not like Kelsey or her mother could drag this horse in there. So Kelsy walked the horse back to her home ” all nine miles of it. There they were able to feed her, groom her and have a vet come take a look at her – partly to check Sunny’s health and also to document the cruelty her previous owners had dished out on her should they come back looking to take Sunny back to their property.

Although it’s healthier to focus on the positive things in the video ” Sunny’s return to health, Kelsey and her mother’s devotion to taking care of her and their abundance of good spirits, I still want to see those people who mistreated her. I’m sure that they look like ordinary people ” there’s even a saying about the banality of evil ” but I’d want to look for hardness in their eyes. Something to give a glimpse of why they would even think of treating this beautiful horse like that. But that’s a chapter better left closed. Here’s to Sunny finding a forever home.

I was smitten with this video. What did you think? Be sure to leave a comment below! 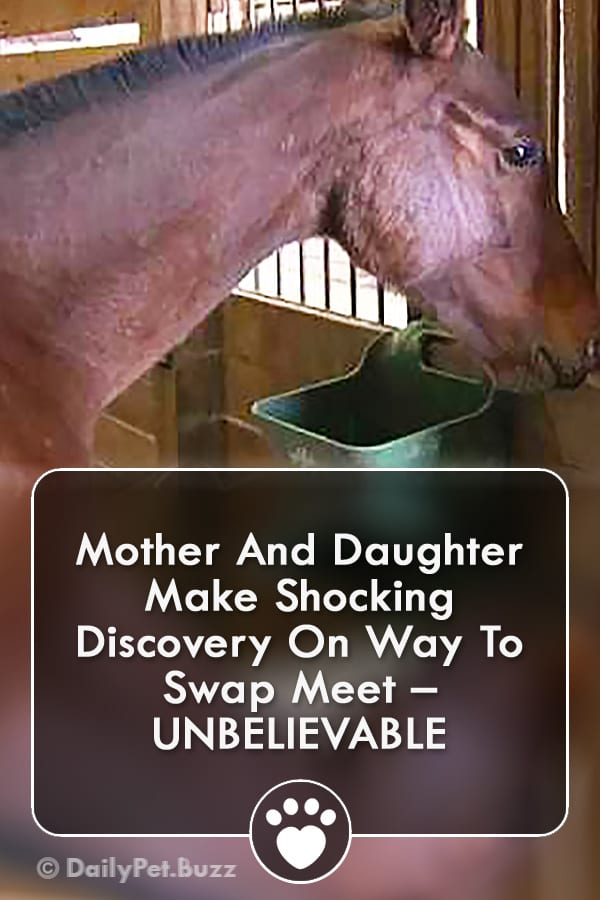