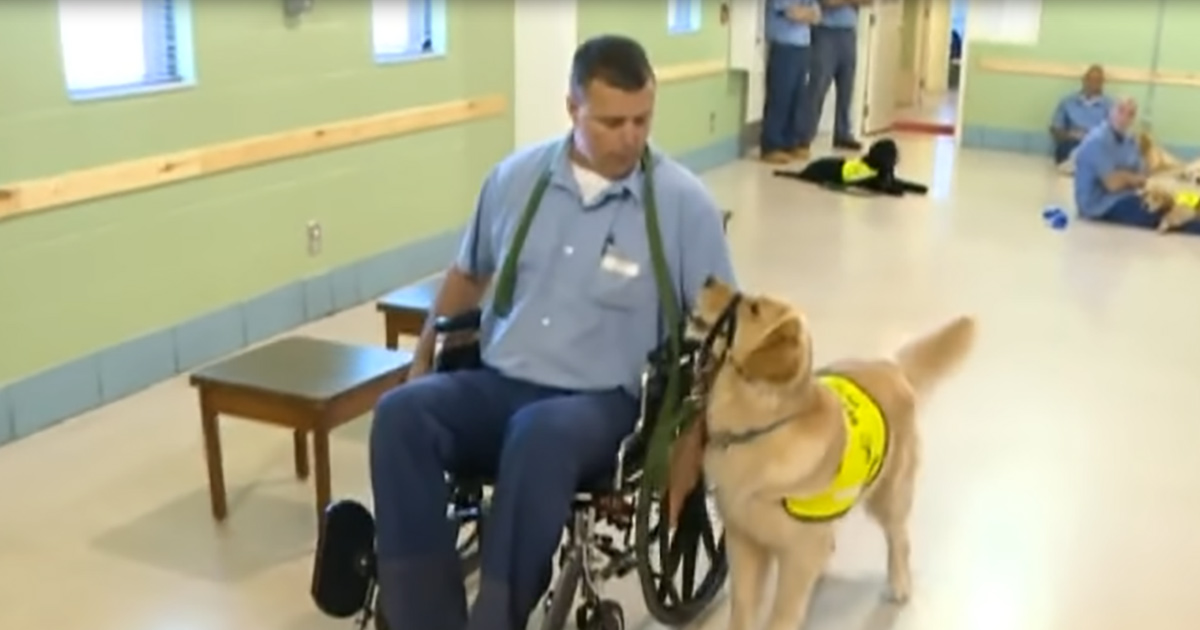 School shootings are a very serious problem that has steadily gotten worse and worse in the United States. It’s heartbreaking to see that there are no immediate policies, aside from gun control, that have been put in place to address this issue.

Coming across survivor stories might be a bit sad; however, the following story is amazing and uplifting. Nick Walczak was one of the students injured in the Chardon High School shooting in Ohio. Nick was shot four times and was paralyzed from the waist down.

Enter Turner the Golden Retriever, who was trained by prison inmates specifically for Nick at the North Central Correctional Complex. Turner was one of six dogs in the program where 11 inmates rotate the dogs and train them for W.A.G.S. 4 Kids – an organization that matches service dogs for children with disabilities.

Each inmate approved for the program is trained by a professional. In the video below, watch the incredible moment the inmates proudly introduce Nick to the dog who’s about to change his life forever. The inmates are so open to showing Nick all they’ve taught Turner, making sure the teen is as prepared as possible. While they’re sad to see Turner go, he’s given them a newfound sense of purpose as they carry out their sentences. 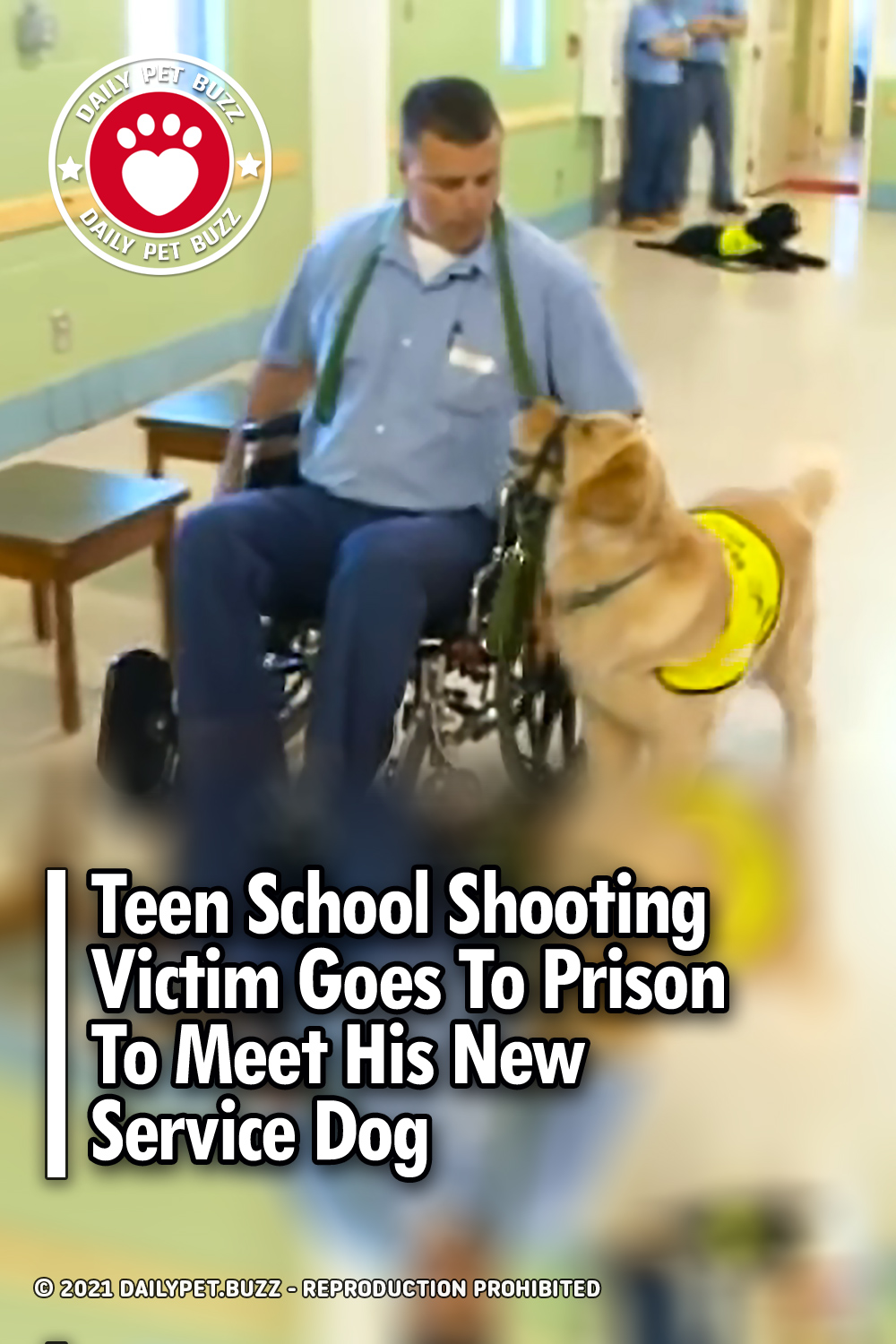