Tim Chavez was just trying to get ready for work one day last week, but his dog Razor just wouldn’t stop acting up. He kept yelping, trying to get Tim’s attention but eventually Chavez was forced to head out to work and ignore the tiny dog’s strange behavior.

A neighbor noticed the dog getting even more aggressive after Chavez went to work and became concerned. Once he saw Razor run off through a field, he was curious and decided to follow the dog. After seeing what Razor was so worked up about, the neighbor called the police right away!

Chavez typically allows his pets to roam outside, so when his other dog Jazzy went missing, he wasn’t overly concerned. This would happen on a regular basis, so he went to feed Razor like usual ” but that’s when he started acting nuts.

The neighbor followed Razor along an irrigation line and into a ditch, where he found Jazzy stuck in about two feet of mud. Soon fire fighters and police showed up to pull the poor dog to safety and Razor was quickly crowned the hero of the day for saving his best friend’s life.

”It’s never happened in my career, and in this business, we see a lot of things. This is the first time that we participated in something like this,’ Belen Fire Chief Manny Garcia told KRQE. ‘This is a great story. One I think that is very unique and one that animal lovers across our state will love.’

‘It means a lot,’ Chavez said. ‘You don’t really realized how attached you are to your pets until something like this happens.’ 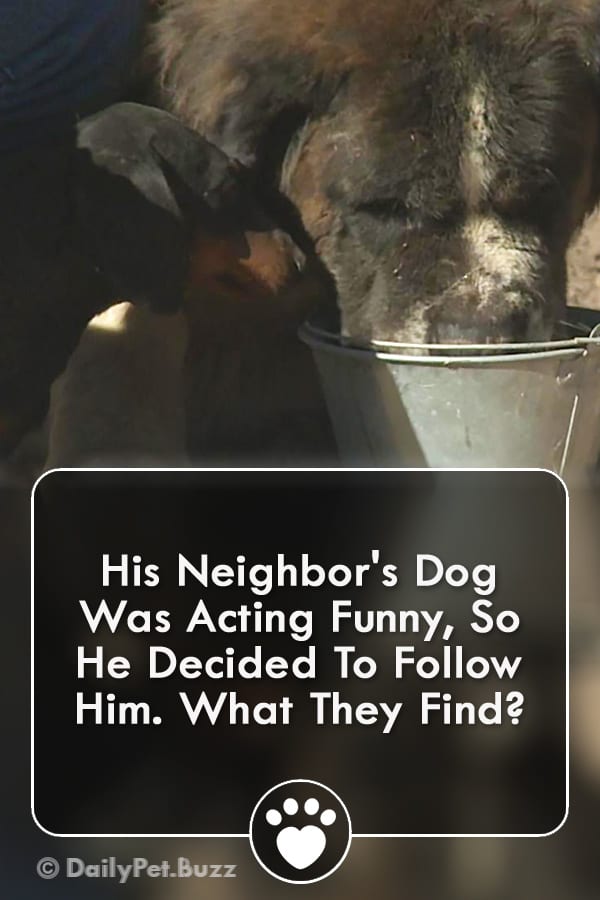