There are so many videos of animals begging for food. They’ve raised it to an art form. Dogs especially. Why not? Their willingness to let humans feed them is how they transformed from being wild dogs to being domesticated ones. They know how to pluck at the human heartstring. But I don’t think many people have seen the artistry for begging raised to this level. The one doing it in this video? A Chihuahua named Sloopy.

We see Sloopy in the kitchen, staring at the food. Who wouldn’t stare at it? Thanksgiving’s a time of constant food, and turkey is yummy. This turkey is consuming the dog’s mind. He must have the turkey. But how? How can he show that he wants the turkey? That counter is like a million miles high – he’ll probably get yelled at even if he makes it up there. Wait – Sloopy knows what to do. Sloopy – . MUST DANCE.

It looks like Sloopy’s doing the cha-cha here. It’s so cute. His attention’s wholly on the food that’ on the counter. This isn’t something that’s looped either. He does the dance for like a minute before finally giving up and walking back into the living room. It’s not for lack of effort, though, Sloopy. If I were there, I would have given him at least a morsel.

They aren’t actually playing music when he’s ‘dancing.’ His moves just sync up nicely with the beat. Maybe he could earn some more food if he actually danced to a song. I’m sure there are a lot of talent shows that would love to see something like this. He’s adorable. Too bad the video doesn’t show anyone going into the kitchen to give him some food –

Wasn’t Sloopy adorable? I wanted to give him food. What did you think? Please leave your opinion below! 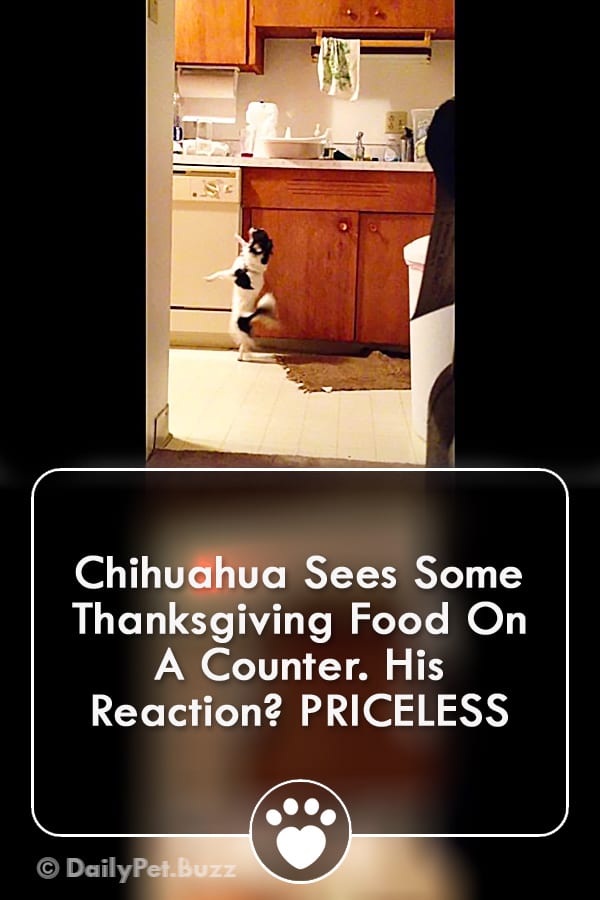