Meet Taylor. This yellow Labrador has served her country in two different deployments. Also referred to as Tay-Tay or Prince Talyor, this incredible girl even received a bounty on her head from the Taliban because she was that good at her job! They didn’t want her anywhere near their territory finding out their secrets.

During her service, she was very close to Sgt. Tom Hanson. They were an inseparable duo and trusted each other completely. She detected many bombs, which in turn saved the lives of many soldiers. Taylor recently retired from the military and it was uncertain where she was going to live or who would become her forever retirement home.

After their retirement, military dogs are usually put up for adoption. But these procedures can be very expensive; therefore, they aren’t successful most of the time. The men and women who trained with these dogs are usually so sad to see them go, but don’t have the money to adopt them.

However, a woman named Molli Oliver has been doing everything in her power to give retired military dogs a chance to live alongside the soldiers they served with. Molli is a flight attendant who uses her own pocket money to fly military dogs home so that their soldiers or their families can adopt them. This is just how it should be. Amazing, isn’t she?

The video above features the reunion between Sgt. Hanson and the beautiful Taylor. This pair is so happy to be together again and it just brings tears to my eyes watching them.

Watch their incredible and well-deserved reunion below. Please share your thoughts about this reunion in the comments! 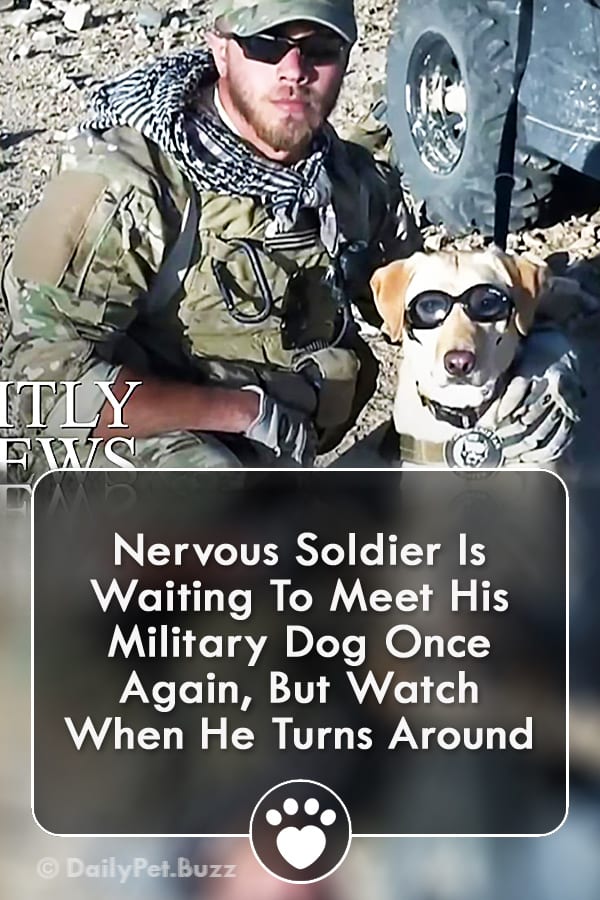