Making a living as a street musician isn’t always easy. The general public can be a tough audience and even if they like you, it’s still not going to pay a lot. Nevertheless, it’s a centuries-old tradition and a number famous people got their start busking, including Josephine Baker, Guy Laliberté (founder of Cirque du Soleil), George Michael, Rod Stewart, and even Benjamin Franklin. Yes, that Benjamin Franklin!

In Pangkor, a resort area in Malaysia, an enthusiastic and talented street musician was performing but wasn’t having such a great day. Hardly anyone seemed to be interested and nobody was willing to take a minute to listen. Just when he was going to throw in the towel, an audience showed up. An audience of four — not bad for a busker. Financially it wasn’t going to be very promising: you see, the audience was composed of four kittens. But an audience is an audience and the busker, singing and playing an acoustic guitar, performed an excellent version of a Malaysian pop song.

The four incredibly cute kittens were really into it, staring attentively at the musician and bobbing their heads to the beat. It’s as if they were trying to tell the world, “Hey, everyone! This guy’s good! C’mon you’ve got to hear him!” Once the performance was over, the busker didn’t forget to thank his feline audience for listening. The kittens really made his day. In fact, the sweetest part of the story is that he ended up adopting all four of them! Who was performing for whom?

We’ve posted the video in all its cuteness for you below. Here’s hoping this real life Dr. Doolittle has a big musical breakthrough!

Impressed by these kittens’ musical sensibility? Have any stories about animal that loved music? Let’s hear all about it in the comments at Facebook. Be sure to like and share; you might make a friend’s day! 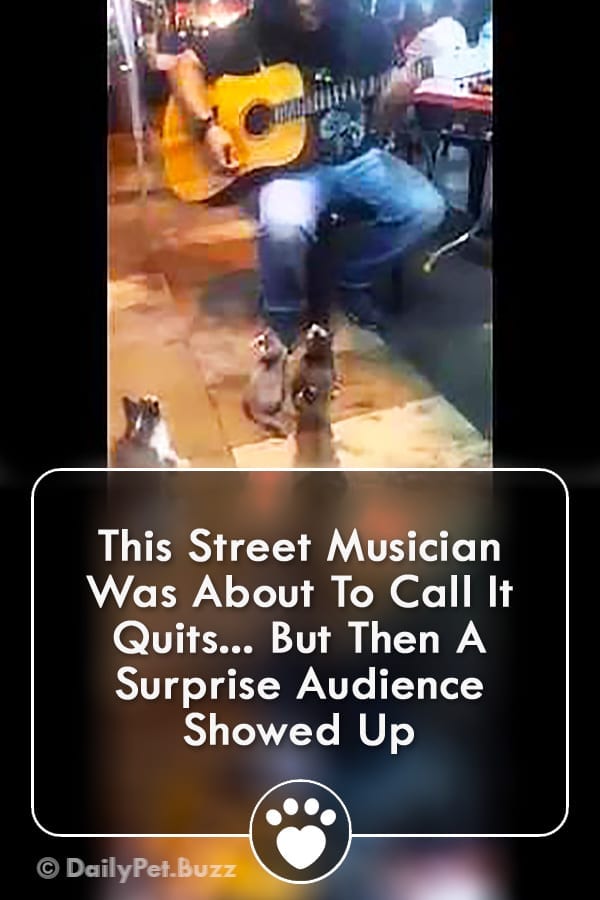