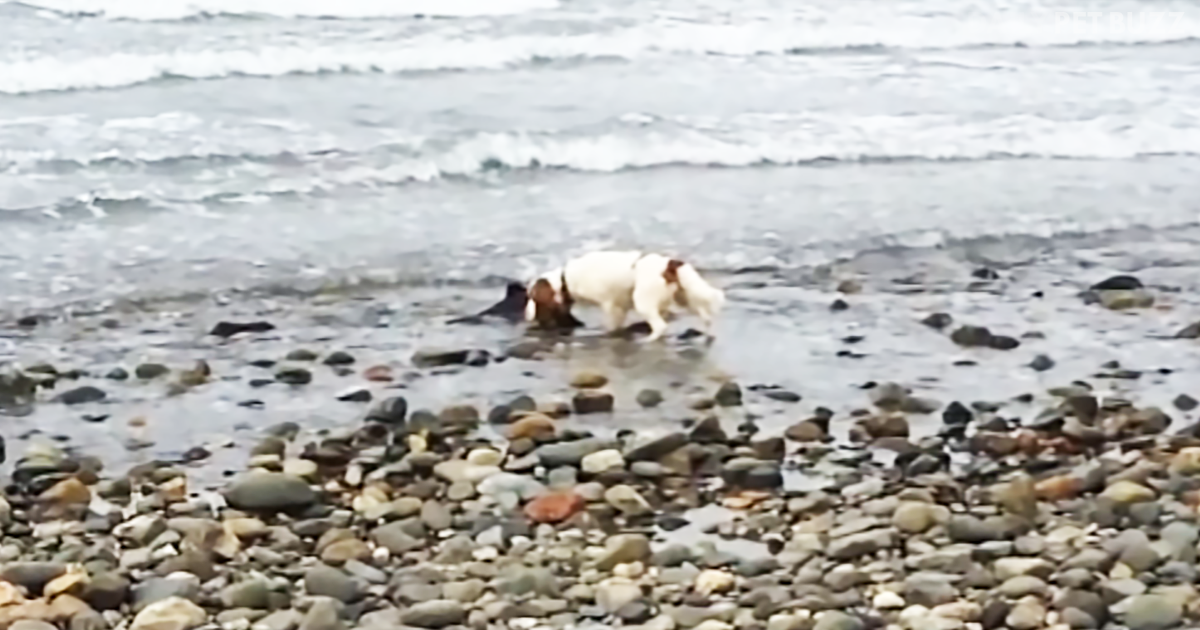 It’s pretty clear that dogs have an unseen, unspoken intuitive nature that brings about an intense connection between them and humans. We can communicate through commands and other gestures, but there’s always that sixth sense that brings dogs to be truly fascinating and often helpful animals. It’s magical and can’t always be explained, but we certainly aren’t complaining that our pets come with this special feature.

It’s unbelievable how much these creatures can say to one another and to us through movements and sounds. These interesting connections don’t stop with humans, though. Dogs have proven that they can communicate with other animals as well. They can sense when another creature is in distress, and they do their best to alert others to any situations worth noticing, seemingly because they want to help. This isn’t surprising, as dogs are quite compassionate and protective animals.

Off the coast of Wales at Criccieth Beach, a dog named Leia was walking with her dad when she randomly started barking up a storm. Moving ahead of her human, Leia had her dad thinking she was chasing a particular scent, as she sometimes did. However, her barking continued over the crashing waves, and her dad realized something was very wrong.

He followed his persistent pup over to the shore and discovered what Leia was so keen on showing him. He was amazed by what he found and immediately got to work to help save the day. Watch this amazing footage to see what Leia was trying to tell her human. You won’t want to miss what happened next. It’s amazing what dogs can sense and what they do to try and aid other animals in need. 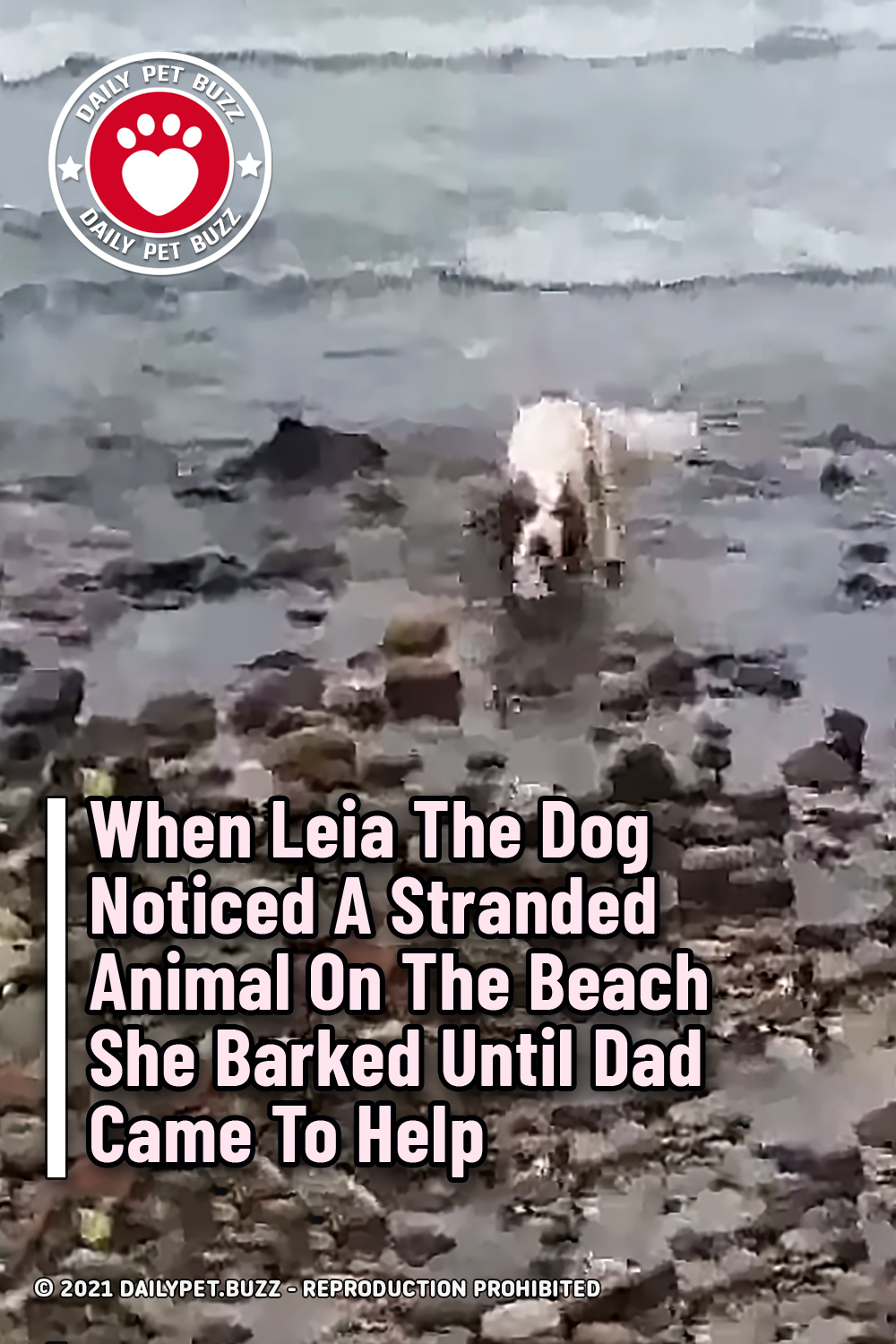