Who would’ve thought that bath time was more fun for dogs? Well, this Husky certainly isn’t from the same cloth as other dogs. They say that Huskies are very intelligent dogs and I don’t disagree with that, but they’re also known to be very stubborn. When it comes to pleasing their owners, they may just look the other way if it’s not something they want to do.

Zeus the Siberian Husky loves playing in the water when in the bath tub and in this video, you’ll see him lying in the bathtub. It’s not like he’s a small pooch either. This large dog certainly lives up to his name. He doesn’t have god-like proportions, but in the doggy world, he certainly stands out.

He looks so adorable lying in the bathtub, howling for his human parent to turn the water on because he wants to play in the water. Even though his human parent says it’s time for a walk, he howls in protest. It’s almost like a little child’s temper tantrum when they don’t get something they want.

It seems like the two of them are having a conversation, because every time she tells him to get out of the bathtub or tells him it’s time for a walk, he howls back in return. It sounds like Zeus really, really LOVES the water. He’s waiting for the water to be turned on, but that’s not going to happen as its time for his walk. The poor husky almost has a meltdown. I’m not joking; you have to watch the video to really believe this!

Zeus looks like he’s going to flip out as he throws his temper tantrum. Do you know any dogs that do this as well? We love hearing from you! Send in your stories, thoughts and messages in the comments section below. 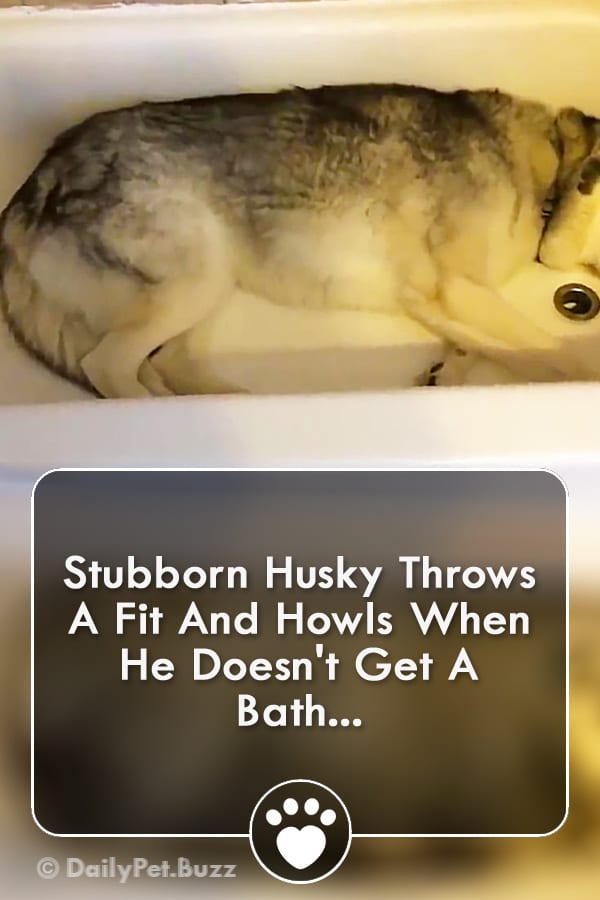