Love the sound or hate it, when you hear the ice cream truck, you know that it’s officially summertime. Children (and some adults, too) get very excited when they hear the distant strains of “The Mr. Softee Jingle,” “Turkey in the Straw,” or “Pop Goes the Weasel.”

In the early days, roughly the 1920s, ice cream trucks simply used blocks of dry ice to keep the goods frozen and only sold very basic products, essentially just ice cream and maybe ice cream sandwiches. It was a time when few people had freezers at home and if they had an icebox, they used the limited space for essential foodstuffs. Later, as more and more people were able to buy ice cream in grocery stores and keep it in modern freezers at home, ice cream trucks began selling “novelty” products that (at the time) weren’t available in stores. They also began offering sundaes, banana splits and the like. In a sense, the trucks became mobile full-service ice cream parlors. In 1956, the first Mr. Softee trucks hit the streets, bringing a new innovation: soft serve ice cream on wheels. It was also in the 1950s that modern refrigeration units for ice cream trucks were perfected; no longer were they prone to overheating and shutting down.

Ice cream isn’t just for people. Dogs are crazy about the stuff, too! One fine example of this is a Staffordshire terrier named Reggie. He likes to cool off on a hot day, and what better way to do that than scarfing down some ice cream? Reggie has struck up a friendship with the local ice cream truck driver who indulges the dog’s passion for frozen dairy treats. As you’ll see in the video posted below, if Reggie wagged his tail any harder, he’d take off like a helicopter! 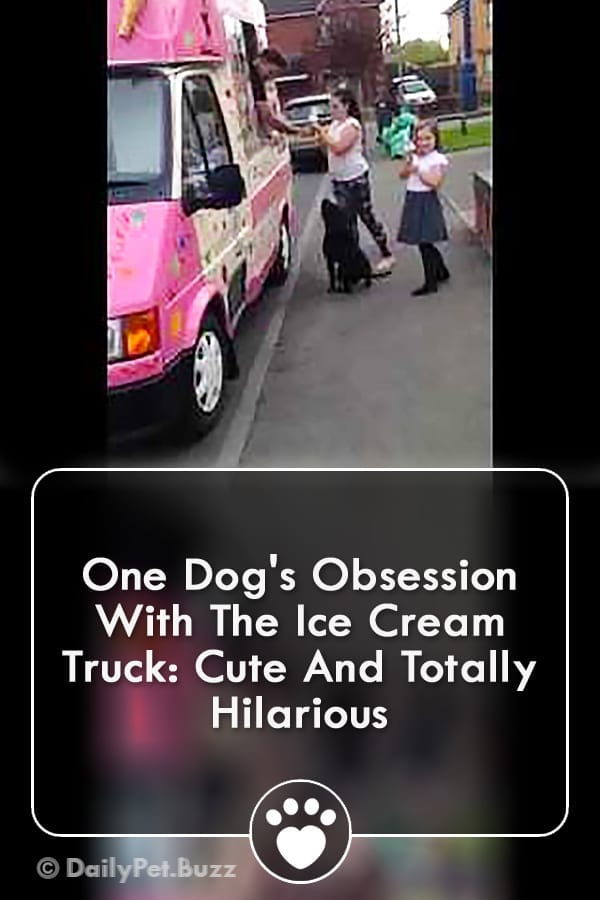