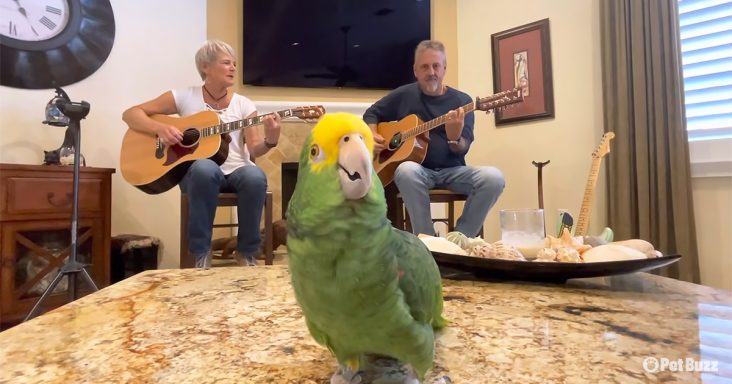 Tico, the singing parrot, performed “Knockin’ On Heaven’s Door” by Guns N’ Roses with his friend Frank Maglio and a guest, Lisa Rott. Frank was the lead guitar, with Lisa playing the rhythm.

Lisa and Frank sat beside each other on chairs behind Tico. The colorful bird was on a table in the living room, and he was center stage with lights surrounding him.

They had already rehearsed, and Tico was prepared for their actual performance. Tico’s bright yellow head and green body seemed to glow whenever he sang.

Frank and Lisa started strumming on their guitars, and Tico sang as soon as she heard them. Tico never turned around to look at his guitarists. Instead, he looked ahead as if he was performing to a crowd of fans.

Lisa started singing along with Tico, and he lovingly whistled when he heard her. Their voices blended together harmoniously, and Frank masterfully plucked on his guitar.

Frank provided backup vocals, and Tico bobbed his head whenever it got to the song’s chorus. All three of them were having tremendous fun with their performance.

Tico walked to the table’s edge and let out even more serene and sustained notes. He knew how to finish with a flourish. Frank and Lisa smiled at the song’s end and turned to each other. 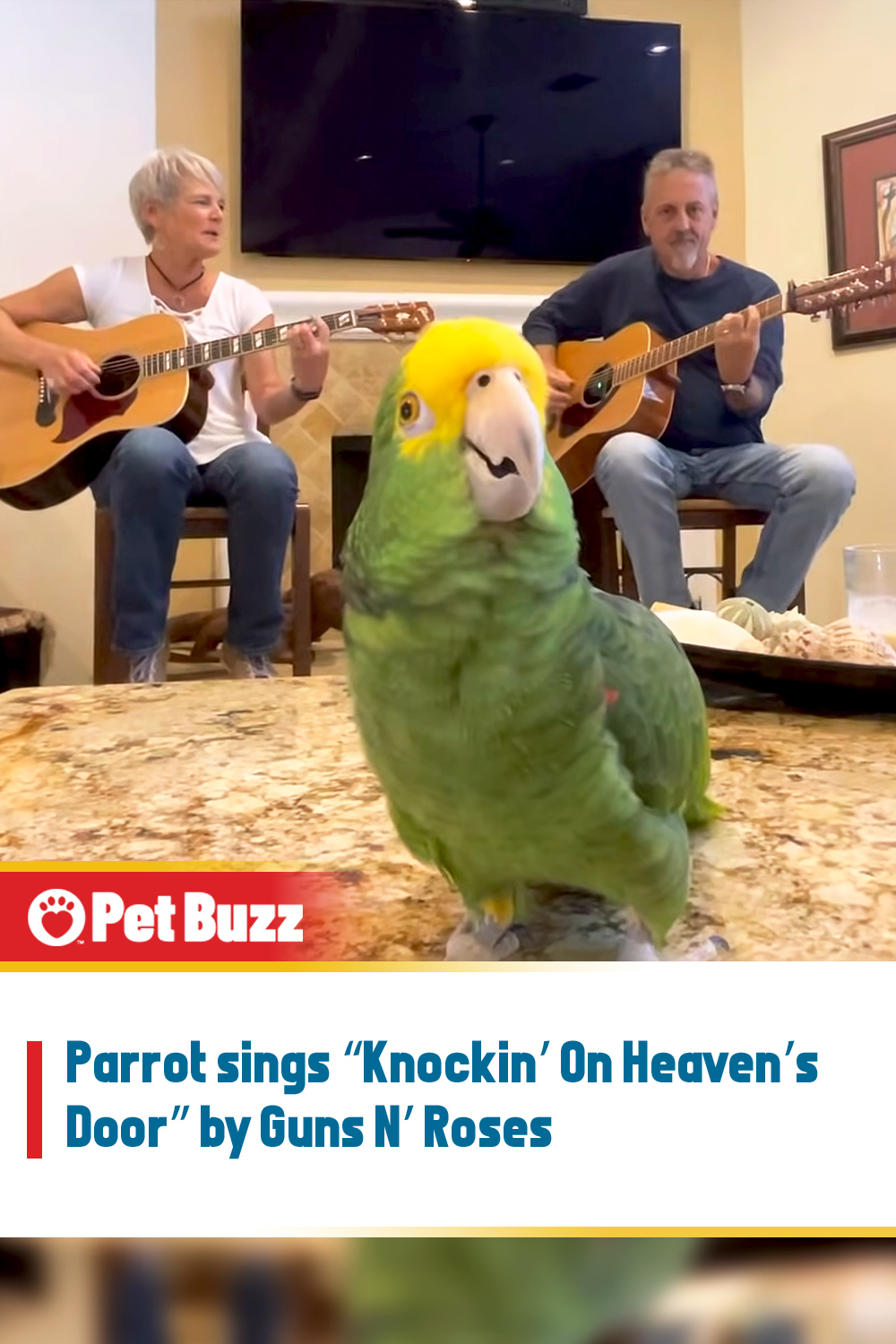