When it comes to dogs, besides seeing people yell at their dogs as they go for a walk, another thing that is guaranteed to anger me is to see a dog chained in a yard. It’s one thing to have them in a fenced-in area. That may restrict their movements, but at least they can roam around some. Having a chain that yanks on their neck if they walk too far – that’s not right. There are people who look out for these animals, though. Here’s one about a woman named Jes and her doggie buddy Edith.

Jes works for PETA and she saw Edith chained in a yard. She decided to monitor her situation and would go over and give her food, treats and most importantly, belly rubs. Edith originally spent all of her time outside with no cover but Jes and her co-workers got her a doghouse. That was one of the few times that it was actually GOOD to be in the doghouse. It wasn’t much, but it was all to let this pooch know that she wasn’t alone.

Then there was one sad day when Edith disappeared. The family that owned her had moved to a different place and brought her with them. PETA was able to locate her again and Jes and Edith had a wonderful reunion that involved many belly rubs. This time, though, the family felt like washing their hands of Edith. Jes and PETA jumped all over the chance to give Edith her best shot at winding up in a home that truly cared for her and didn’t regard her as little more as a lawn ornament that ate food.

Things got off to a great start when they put her in a car ” she loved riding in them! I also loved the shade that they threw at her previous owners, putting quotation marks around the word. Yes, they didn’t deserve to have Edith at all. Best of all, she did wind up in a forever home, where she would be treated like the great dog that she was. I hope those other people never got another pet.

Yes, there are many stories about PETA doing things like throwing paint at people who wear fur. You can see here, though, that these people care deeply about animals and if it weren’t for them, Edith would still be miserable. What do you think about this? Please leave a comment and also ‘Like’ us on Pinterest. 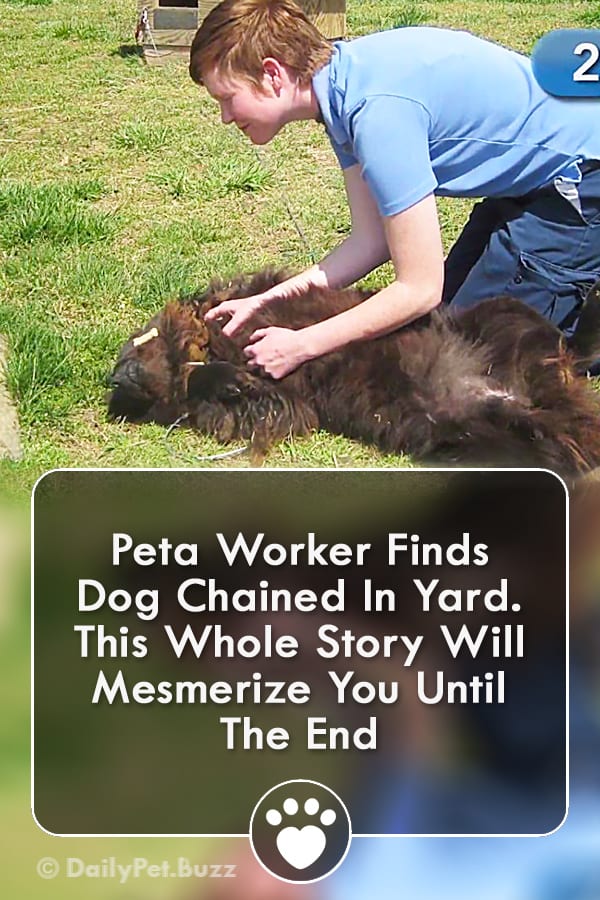