In this cool video, two pit bulls can be seen running through a river. It is so cool and fascinating to see them catch large salmon with the least bit of effort and also bringing them to shore with ease. Those fish are really huge! The description of the video states that the fish were gradually thrown back into the water at the end to let them continue on their way. They were not harmed by the dogs’ teeth.

The owner of the dogs says that he was not present when this clip was filmed. His friend was looking after them and she took them to the river where she recorded this. He also says that he normally wouldn’t have allowed his dogs to do this as he thinks this behavior is not healthy for the natural habitat of the fish. But what his gorgeous pit bulls accomplished in that river is amazing!

These two dogs have an incredible talent for catching fish. Actually, I see only one of them catching fish in this clip, but perhaps they were too far apart to film both. The fish are plentiful, which must make it easier to catch them, but they are definitely swimming at a fast pace and this dog just plucks them out of the water with almost no effort.

The real effort is in getting them out of the water so they don’t flop back in, but in the end it doesn’t matter because the person filming put all the fish back in the water anyway. That must have been a heavy duty job! These fish are huge!

Watch the video above and let us know your thoughts about it in the comments! 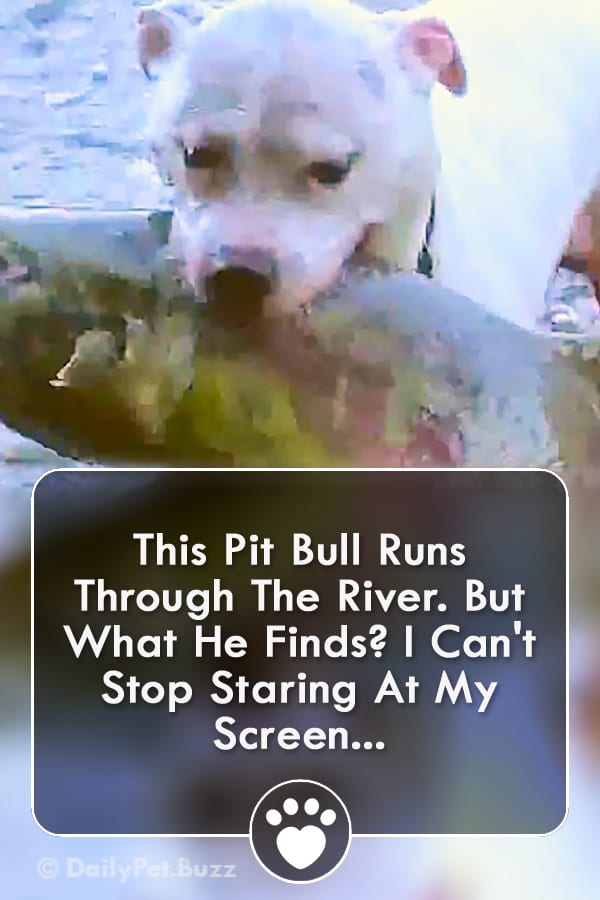